Australia’s multiculturalism should be enshrined in law, taught in schools and protected by a new national commission, according to a new parliamentary report.

The Senate Select Committee on Strengthening Multiculturalism released a report last week which also calls for plans to make citizenship requirements tougher to be dropped.

Titled ‘Ways of protecting and strengthening Australia’s multiculturalism and social inclusion’, the report also recommends that the Department of Employment consider developing a specific migrant-stream employment service under the current jobactive model. 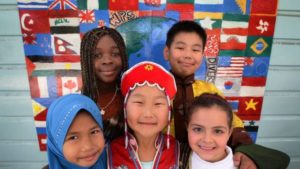 The report says the model could incorporate a robust assessment framework that recognises overseas education and qualifications and stronger coordination with the English language program, the Adult Migrant English Program.

And settlement services for migrants and refugees should be overseen by a single government department to ensure a seamless transition into life in Australia for people new to the country, the report says.

It goes on to say: “The committee recommends that the Australian Government consider developing and establishing a Parliamentary Code of Multicultural Ethics, requiring signature from all senators and members”.

The report says the code could include agreement to act in a manner that upholds the honour of public office and the Parliament; to recognise the value and contribution of the First Peoples of Australia, the Aboriginal and Torres Strait Islander peoples, and; respect Australians’ diversity of colour, national or ethnic origin, culture or religious belief.

It recommends that the Australian Curriculum Assessment and Reporting Authority should develop an intercultural and multicultural education curriculum to be delivered across a range of subjects including English, History, Geography, Science, Civics and Citizenship.

“Although Australia is a highly multicultural nation, there is no federal legislation specifically directed toward promoting and protecting multiculturalism,” the report said.

“Federal Multicultural Act would also be highly symbolic. Participants also questioned the evidential bases underpinning knowledge and understanding of cultural diversity and coexistence in Australia, suggesting that further investment in data collection and social research would be beneficial,” it said.

“Based on information presented to this inquiry, the committee is persuaded that the Australian Government must proactively commit to multiculturalism in Australia.

“This starts with recognition that multiculturalism is a political discourse distinct from issues associated with security concerns.

“To their credit, state and territory governments have already acknowledged this need and implemented measures to support cultural diversity and social cohesion,” the report said.

The committee endorsed a need for strong leadership on the meaning and importance of multiculturalism in Australia.

“A Federal Multiculturalism Act that enshrines the values of multiculturalism and establishes mechanisms to ensure implementation of these values is worthy of further consideration,” it said.