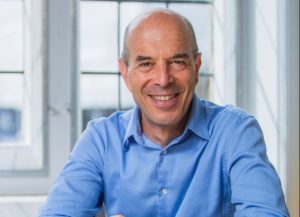 Fresh evidence of the positive impact of migration on the growth of economies was revealed at a major international conference on migration last week.

His report, conducted in conjunction with financial giant Citi and titled Migration and the Economy: Economic Realities, Social Impacts and Political Choice, says that in many advanced economies, migration has become a toxic issue in election campaigns and political debate.

However, Prof Goldin argues his fiscal analysis shows no evidence of the negative perceptions of the impact of migration.

Migrant advocate and entrepreneur, Ms Tolu Olubunmi, told the conference that while the statistics paint the picture, it was the ‘stories of the seekers of truth, and the curators of change’ that make the biggest impact.

“The free movement of people is not a problem to be solved, but rather a human reality to be managed. There are 244 million international migrants, 68 million of whom have been forced from their homes, and 21 million are refugees,” Ms Olubunmi said.

Ms Olubunmi was the first, and only, ‘DREAMer’ working full-time advocating for access to legal status and higher education for migrant youth in the USA.

Among the key findings of Prof Goldfin’s report are: while the stock of migrants has grown materially worldwide since 1990, it still accounts for only around 3 per cent of the global population; skilled migration is especially concentrated in certain countries and urban centres; and, skilled migration is disproportionately focused within the OECD, which hosts two-thirds of high-skilled migrants despite containing only 20 per cent of the global population.

It also found there is little evidence that migration is an unrelenting flow, which rebuts much of the nationalist rhetoric in many countries that portrays migration as an unstoppable tsunami.

“We show in this report that even at times of acute crisis, such as following the financial crisis when unemployment reached unsustainable highs in Greece and Spain, people do not migrate, even when they can and the welfare systems elsewhere are more generous,” the report said.

“People migrate for jobs and in tough times tend to prefer to stay at home to be supported by family and friends. Notions of benefit scroungers and associated, excessive migration are not borne out by our analysis of the Schengen zone,” it said.

The report says migration will be essential to alleviate demographic headwinds.

“Migrants are on average much younger than the host country populations and this has a significant impact on the costs and benefits associated with their migration,” it said.

“Over half the countries in the world now have fertility rates which are below replacement. The ageing trend is global and will lead to a doubling in the number of people over 60 from 962 million today to over 2 billion in 2050. Migration will play an increasingly vital role in coping with this transition and easing the burden on care and social security systems,” the report said.

It said the overriding conclusion of the study was that migration is conducive to native and aggregate prosperity, especially over longer time frames.

“Throughout this report, we explore much of the recent literature on migration and present new estimates of some of the recent growth effects of migration. We find that migration is likely to generate greater prosperity on an aggregate, per capita and per worker basis, though the associated distributional effects of this may be uneven,” the report said.

“As such, while the aggregate impact of migration on overall economic growth is highly material, the skewed impact within countries needs to be addressed by governments through policy (such as appropriate tax and transfer systems) and in the creation of a more positive narrative around migration itself,” it said.

“The relatively young age profile of most migrants in comparison to native populations means that migration often has a strong positive impact on GDP per capita (as well as aggregate GDP), underpinning an improvement in the proportion of aggregate workers to dependents in the economy as a whole. Indirectly migrants, and especially lower-skilled migrants, also drive greater labour force participation among natives.

“In addition, migration contributes to improved output per worker by increasing human capital investment. These advantages are contingent on migrant skills being recognized, with short run de-skilling sometimes making it difficult to fully capture the benefits,’ the report said.