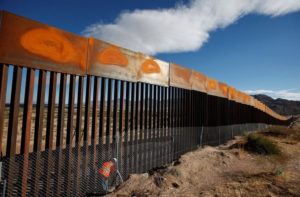 Policies to deter refugees and migration such as building walls and pushing back boats do not deter asylum seekers but lead to significant increases in persecution, deportation and death, according to a leading human rights campaigner.

Professor Gloria Careaga, a researcher at the University National Autonomous of Mexico (UNAM) told the recent international Metropolis Conference in Sydney that “cruel and radical” policies introduced by governments often did not have the expected effect.

“When looking at the psycho-social impact of Donald Trump’s Mexican Wall deterrence policy on both the American and Mexican psyches, the policy did not have the US Governments’ expected effect,” Prof Careaga said.

“Despite the intensification in the persecution and deportation of people, Mexicans and Central Americans continue to follow the ‘American Dream’,” she said.

“At the same time, the tightening of migration policy has claimed more lives and caused more xenophobia in some sectors of the US, and rejection in others,” Prof Careaga said.

Professor Gloria Careaga and Dr Franck Duvell discussed the role of detention and deterrence in migration policy at the conference.

Dr Duvell, Associate Professor, Centre on Migration, Policy and Society (COMPAS), University of Oxford and German Centre for Integration and Migration Research (DeZIM), said the Italian Government’s way of dealing with migration pressures was reminiscent of similar responses which are also known as ‘left to die’ policies and were subsequently abandoned.

While Italy has moved to more brutal rejection policies, it has pushed greater responsibilities and pressure onto countries like Greece and Spain who are continuing to rescue boat people, Dr Duvell said.

But he said this was fraught with danger as demonstrated by the Mediterranean crossing death rate quintupling since 2015 to 2.2 per cent, according to the UNHCR.

“In Italy we are seeing a return of such brutal policies, other countries build fences, close transit camps, and even shoot at migrants and refugees,” Dr Duvell said.

“It is a paradox that large-scale arrivals of refugees and migrants as seen in 2015 and 2016 have actually ended, whereas policies become more and more radical. This tells us that there is a strong populist driver at play.

“Movements are being diverted to other countries, notably from Morocco to Spain, departures from Turkey have also recently increased again.

“Migration is largely driven by conditions in the sending countries and if these don’t improve, migration is not and will never go away; people will simply find other ways, routes or destinations to move to.

“Instead of the deterrence policies, a different approach could include providing legal migration channels for refugees and labour migrants; this could result in very different and positive outcomes,” Dr Duvell said.