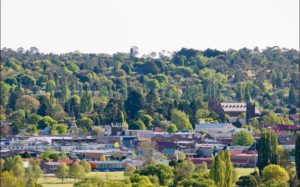 A new research report looking at the settlement of Yazidi refugees from the recent Syria-Iraq conflict at Armidale, in NSW, adds weight to the evidence that Australian regional communities are becoming increasingly welcoming of refugee and migrant groups.

Dr Sue Watt, of the University of New England, surveyed the attitudes of residents of the city to the arrival of the refugees.

She presented her results to the recent international Metropolis Conference, held in Sydney.

Dr Watt found that 68 per cent of Armidale residents had positive attitudes towards the Yazidi settlers.

She found that 41 per cent of the 200 people surveyed had had contact with the Yazidis and of those, a score 3.87 on a scale of 5 was recorded with five being the most positive attitude.

She said that most of the concerns of negative attitudes recorded were around employment.

“We found that the major reasons for people recording negative attitudes towards the Yazidis were sentiments such as ‘there are not enough jobs’ or ‘they will take our jobs’,” Dr Watts said.

Dr Watts said another concern recorded was a fear that the Yazidis would not integrate into the local community.

“We recorded sentiment along the lines of ‘they won’t fit in’,” she said.

Dr Watts undertook two surveys about a year apart. She said that in the second survey, fears about employment among the host community in Armidale had abated.

In carrying out the surveys, Dr Watts identified four groups “of like-minded people”.

“We saw four distinctive groups emerge in our surveys with different attitudes towards the settlers, and in many cases these attitudes were linked to the respondent’s own circumstances,” she said.

“These are people who have realistic but not chronic fears around the settlement. They are largely blue-collar workers or tradespeople and they characterise themselves as ‘just getting by’,” she said

A second group was termed ‘positive’.

“These are, I guess, average middle class people who are generally open and welcoming of the Yazidis,” Dr Watts said.

A third groups was labelled ‘enthusiastic’.

“This group loves diversity, they are in favour of accepting more refugees and generally are university educated,” Dr Watts said.

A fourth group was termed ‘assimilationist’.

“These are people who have the most negative attitudes and are closed off from other cultures. They want refugees to adopt their culture. Typically, they are poorer and are long-term residents of Armidale,” Dr Watts said.

She said her research showed that, overall, residents of Armidale were welcoming of the Yazidis and willing to volunteer to support them.