Sikhs in Australia – a surprising history

A new YouTube documentary produced by SBS traces one of the most little known but extraordinary stories of migrant settlement in Australia.

The documentary tells the story of the Sikhs of Woolgoolga, a small NSW town 550 kilometres north of Sydney.

The community there forms one of the early chapters of Indian migration to Australia.

Rashmere Bhatti, who was born in Woolgoolga, has researched Sikh migration to the area and written a book titled, “A Punjabi Sikh Community in Australia: from Indian sojourners to Australian citizens”. 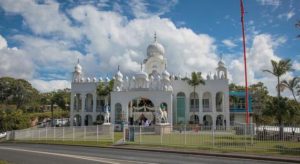 They had joined the army in India and became garrison troops in the British colonies of Singapore and Malaysia where they heard about work available on sugarcane farms in northern Queensland.

“These people were drawn to the sugarcane farms in northern Queensland. So there were a few that came like my grandfather. He came around 1890 when lot of the forefathers of this community were all in that area – but it really was only a handful of people,” Ms Bhatti said.

She says that through these early pioneers of settlement more people started to arrive.

“But it wasn’t an easy for those early Indians who left their homeland, making every effort to come to this white man’s country,” Ms Bhatti said.

And then in 1901 the ‘White Australia Policy’ was declared which brought restrictions for non-white people wanting to work and settle in Australia.

“The White Australia Policy was so strict that farmers were not allowed to sell their products if they hired Asian labour. Yet many white people did not want to work that hard so they had to rely on Asian labour,” Ms Bhatti said.

The real story of Woolgoolga began at the end of WWII.

During the war many local men had joined the army and gone off to fight and the banana plantations were deserted, Ms Bhatti explained.

Just before the war, Punjabi Sikhs were given rights not afforded other migrant in Australia. These were the right to vote; the right to a pension, and the right to bring their dependents to Australia.

“When the Australian men in Woolgoolga went to the war, there was no one left to work on the banana farms here,” Ms Bhatti said.

“The shopkeeper in Woolgoolga also had a store in Grafton. He brought Sikh people from Grafton to Woolgoolga. He provided the link,” she said.

After the war, Woolgoolga’s history of multiculturalism continued.

In 1947 when India and Pakistan were being divided, the Punjab was the site of some of the most terrible violence. Some of the Sikhs working in the town went back to India and brought relatives to Australia.

Ms Bhatti said this coincided with a time when these farm laborers to started become land owners and a time when a new generation of Sikhs were being born in Australia.

“Once the Gurudwara was built, the story of Woolgoolga became the tale of India and Indian culture spreading here. People kept coming and settling here,” Ms Bhatti said.

Many Sikhs turned to blueberry farming which proved profitable and the local community flourished.

But the community remains well connected with India. Its connection with Punjab and Punjabi culture remains strong.