Home » Latest Articles » The Rohingya: A history of persecution

The Rohingya: A history of persecution 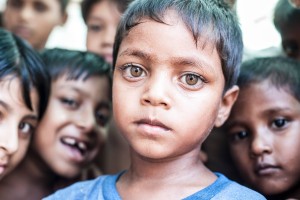 The plight of the Rohingya people, an ethnic minority population from Myanmar who have been forced to flee their homeland as a result of ethnic and religious persecution, has been a subject of recent news coverage.

A wave of attacks from Burmese citizens and authorities have left a huge number of Rohingya displaced, and their attempts at seeking asylum in nearby countries have resulted in them being rejected and forced to look elsewhere.

It is estimated that in the first quarter of 2015, up to 25,000 people have left the Bay of Bengal by sea unofficially, described by the UNHCR as ‘irregular maritime movements’.

Between 40 to 60 per cent of these people are thought to be Rohingya.

This was roughly double the number of departures in the first quarters of 2014 and 2013.

It is also estimated that around 300 people have died at sea since the start of the year, with that number increasing to 620 going back to October 2014.

So, what is the reason for the persecution of the Rohingya people? Why are they being killed and forced to flee while their villages are being burned to the ground?

Animosity between the Muslim Rohingya and majority Buddhist Arakanese people is not exactly a new phenomenon.

The origins of the conflict in modern times can be seen as far back as the Second World War, where the Rohingya supported the British rulers, and the Arakanese sided with the invading Japanese force.

Since that time, Burmese history has been littered with conflicts between the two ethnic groups.

Following the country’s independence in 1948, both groups faced persecution by oppressive governments, but since then it has been the Rohingya who have been the target of the most violence in the majority Buddhist nation.

In 1978 the Rohingya first encountered their first large scale case of state-sanctioned violence, when the Burmese military forced over 200,000 Rohingya out of the country in a rampant display of killings and rape.

In 1982 the persecution of the Rohingya was legitimised through the passing of the Citizenship Law, which effectively denied citizenship to Burmese Rohingya based on ethnic grounds.

The law does not include the Rohingya as one of the eight ‘official’ ethnicities of Myanmar, therefore if they want full citizenship rights they have to conclusively prove that their ancestors had settled in Burma before independence in 1948. This is a task that is simply impossible for many Rohingya.

The government, along with much of society considers the Rohingya to be illegal immigrants from what is now Bangladesh, with official statements referring to them as “Bengali” and “so-called Rohingya.”

Denying them citizenship has allowed the government to carry out gross human rights abuses, including restrictions on freedom of movement, education, marriage and employment.

The military engaged in another large-scale campaign of violence against the Rohingya in 1991, where they forced 250,000 people to flee into neighbouring Bangladesh.

Upon arrival in Bangladesh, many people were denied entry and were forced back into the northern region of Arakan State, where the government has attempted to herd them away from areas of the state densely populated by the Arakanese.

More deadly violence erupted between the Rohingya and Arakanese in June 2012, after three Muslim men raped and murdered an Arakanese woman.

Retaliation came less than a week later when a gang of Arakanese men stopped a bus and beat ten Muslim men to death.

This was followed by increasing attacks from both sides, with state authorities staying out of the disputes before joining the Arakanese mobs by attacking and burning to the ground Rohingya villages and neighbourhoods.

The violence escalated in October of that year, where in one incident over 70 Rohingya were killed in a massacre of their village.

Since then the violence has not ceased, with anti-Muslim sentiment growing in the country.

A prime example of this is the establishment of the ‘969 movement’ by a Buddhist monk named Wirathu.

The 969 movement sees Myanmar as being under threat from the expansion of Muslim ways of life, and encourages citizens to boycott Muslim shops and discourages interfaith marriages.

Wirathu was sentenced to 25 years jail in 2003, for handing out anti-Muslim pamphlets that incited riots in his home town.

He was freed in 2011 as part of an amnesty for political prisoners.

He is now saying that non-Muslim majority countries should not be obliged to take in the Rohingya refugees displaced by the violence in Myanmar, and they should instead be settled in Muslim countries.

Pressure is mounting from the international community to act on the mistreatment of the Rohingya, however the prejudice seen from the Burmese people is deeply ingrained, and it will take a huge amount of work for the country to be rid of ethnic and religious discrimination.