More than a million and a half children around the world each year are deprived of their liberty because of various reasons and across a wide variety of settings, a new report has found

The ‘Global study on children deprived of liberty’, commissioned by the General Assembly of the United Nations says incarceration almost always has negative impacts on the wellbeing of children. 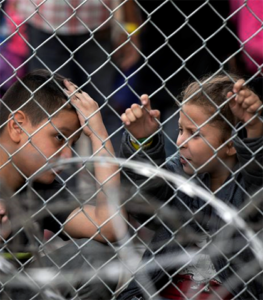 Report author and UN appointed Independent Expert Professor Manfred Nowak said data gathered in the study showed that around 1.5 million children are deprived of their liberty each year.

“The principle is that children should never be behind bars.  Every child behind bars is one too many, and there are millions behind bars,” Professor Nowak said.

“Depriving children of liberty in any form should only be permitted in truly exceptional situations as a measure of last resort,” he said.

The study found that detention and prevention of liberty not only aggravates existing health conditions in children but can also cause new ones to emerge, including anxiety, depression, suicidal thoughts and post-traumatic stress.

It found psychiatric disorders for children in detention can increase tenfold during detention and detention is linked to early death among children once released.

The study also found that globally children are being detained at younger and younger ages and are being held for longer periods of time.

“Children detained in the context of armed conflict often find themselves in a cycle of violence,” the report said.

“First, armed groups illegally recruit them, usually through force, coercion or deception. Second, government authorities then detain them for suspected association with those very groups, often subjecting them to ill-treatment, which can make them susceptible to re-recruitment,” it said.

“The majority of children deprived of liberty in the context of armed conflict see their procedural rights violated, sometimes in contravention of explicit protocols mandating the handover of children associated with armed forces or groups to civilian authorities for rehabilitation.

“Children are frequently detained with adults and have no access to education, recreation or rehabilitation programmes. In several countries, children have died in custody owing to poor conditions or ill treatment,” the report said.

Nations should also invest significant resources to reduce inequalities and support families to empower them to foster the physical, mental, spiritual, moral and social development of their children, including children with disabilities, the report said.