Multiculturalism in Australia was forged by people of vision on both sides of the political spectrum, it has survived attempts to dismantle it and, over four decades, it has waged an ongoing battle against racism.

But now if faces new political challenges as a result of the so-called ‘culture wars’ and the rise of the politics of morality, according to a leading academic. 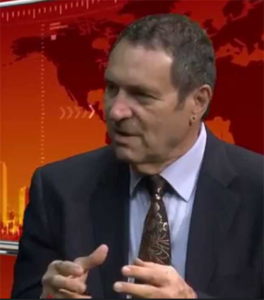 “The first discovery that Australia was a multicultural society came in 1969. The Liberal Government asked public servant Jim Houston to find out how many ethnic organisations there were in Australia,” said Prof Jakubowicz, Professor of Sociology at UTS.

“The answer was that there more over a thousand,” he said.

“So the idea of multiculturalism really started to emerge in the 1970s when Al Grassby was immigration minister. It was seen as a social philosophy as well as a political program.

“In fact, Australia was already multicultural in demography but it was essentially white.

“The multiculturalism we know now came in at the same time as Australia decided to get rid of the white Australia policy,” Prof Jakubowicz said.

The multicultural policy program came in under Prime Minister Malcolm Fraser who tasked a team led by Melbourne lawyer Frank Galbally to find out what was happening in migration.

The Galbally Report was the first government report published in other languages. It was published in ten languages and all were tabled in Parliament.

“That was forty years ago and we haven’t done anything like that since,” Prof Jakubowicz said.

“What Galbally said at the time is fascinating. He said: ‘you wake up in the dark and you don’t know where you are and you can’t find the light switch’.

“Galbally knew migrants needed to find the light switch. They needed access to equality and opportunity,” he said.

Prof Jakubowicz told the conference said two pieces of legislation underpinned multiculturalism. They were the key elements producing the policy and they remain today.

“The first was SBS. It was made an institution in law and it has survived various attempts to move it out of the legislation. The second was Section 18c of the Racial Discrimination Act.”

Prof Jakubowicz said multicultural policy has always been framed around how multiculturalism would work with the key elements of social cohesion and national stability.

He said over 40 years there have been various ways governments have sought to deal with issues.

“There have been social, political and economic issues and issues of inequality,” he said.

“But the consensus has always been to illicit some consensus on how it all hangs together,” Prof Jakubowicz said.

He said multicultural societies were renowned for issues around the dangers of fragmentation.

“So, we look for ways to build social capital – which means social integration and building relations between diverse communities.

“A successful multicultural society requires ‘bridging social capital and that can be a challenge. So, the story of the last 40 years has really been about that.

“When we’ve focused on that and not on ‘bonding social capital’, which is where communities look inward, we’ve seen positive results,” Prof Jakubowicz said.

He said a critical moment in the history of Australia’s multiculturalism came in 1981 with Prime Minister Malcolm Fraser’s speech to the Institute of Multicultural Affairs.

He said that anti-racism had always been an essential part of the multicultural story in Australia.

“Fifteen years after Malcolm Fraser’s speech I argued that one of the problems with multiculturalism was that there was lots of rhetoric but behind it a defensive strategy by Australia’s white charter elites to protect their interests,” Prof Jakubowicz said.

“In looking at the success of multiculturalism in 2003, I asked a question about how many people from diverse backgrounds had been Governor General, Prime Minister, cabinet ministers, state premiers, on the board of the ABC or a High Court judge. The answer was zero,” he said.

Prof Jakubowicz said Australia was now witnessing a new era with half of Australians either born overseas or with one parent born overseas.

“At the last federal election we saw Labor seats moving because of non-English speaking voting blocs. This reflects the politics of morality which we have not seen before in Australia and its manifest in things like religious discrimination laws,” he said.

“In the 2013 a coalition of migrant communities, indigenous communities and progressive Australians standing up against the white charter groups and not prepared to see the destruction of Section 18c of the Racial Discrimination Act.

“And this will continue,” he said.

“Mick Young said ‘take the community with you when you want to do these things and keep your foot on the accelerator’.

“That’s what we need to do – keep our foot on the accelerator,” he said.