Americans are becoming more ethnically diverse and more positive about diversity, according to new data from the Pew Research Center.

An analysis of US Census data found the United States is more racially and ethnically diverse than it ever has been, and it is projected to be even more diverse in the coming decades. 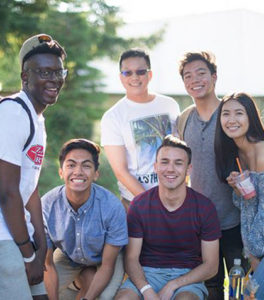 In 2019, Americans who identified as a race or ethnicity other than non-Hispanic White made up 40 per cent of the country’s population, and their combined share is predicted to increase to over 50 per cent by 2044, the analysis found.

While most Americans say these long-term shifts are neither good nor bad for the country, the number that thinks the long-term growth of racial and ethnic diversity as good for the US is rising.

Currently, 64 per cent of US adults say the prospect of a nation in which Black Americans, Latinos and Asian Americans make up a majority of the population is neither good nor bad for the country. Almost a quarter (24 per cent) say this is a good thing, while fewer than half as many (11 per cent) say it is bad, according to a separate national survey by the Pew Center,

The Pew research found Americans are expressing more positive, and less negative, views of the long-term rise in racial and ethnic diversity than it did four years ago, during the last presidential campaign.

Since then, the share saying a majority Black, Hispanic and Asian population is a good thing has increased ten per cent points, while there has been a similar decline (11 per cent) in the share saying it is bad thing.

The overall decline in people saying that the long-term growth in racial and ethnic diversity is bad for the country has been primarily driven by Republicans and Republican-leaning independents.

Interestingly, Republicans are not substantially more likely to say that diversity is good for the US (4 per cent in 2016 and 9 per cent today), but the share who say it is neither good nor bad for the country has increased by 15 per cent, making up an increasingly large majority of Republicans – currently 72 per cent.

But a growing proportion of Democrats say that a majority Black, Latino and Asian nation is a good thing for the country. Since 2016, the share saying this has increased by 15 per cent to 38 per cent. The share of Democrats who say it is neither good nor bad has declined 10 per cent since 2016 to 57 per cent today, the Pew research found.

“Compared with 2016, larger shares in nearly all demographic groups express positive views of the prospect of a US where Black, Latino and Asian Americans make up a majority of the nation’s population. Still, majorities in most groups view this development as neither bad nor good for the country,” the Pew report said.

“But among those who view this population change as bad, there exists little generational difference. This is in part due to the large drops in shares over the past four years among older generations who say the prospect of a future US where Black, Latino and Asian Americans are the majority is bad for the country.

“There is also little attitudinal difference observed across education levels. Overall, those with only a high school degree or less have become less opposed toward the prospect of a diversifying population over the past four years, though a slightly larger share of college-educated Americans (28 per cent) view this potential change as a good thing for the country,” the Pew report said.