A new report from the Organisation for Economic Development (OECD) shows that Australia is one of the top countries that takes in temporary labour.

The OECD International Migration Outlook 2019 report found Australia was one of the top 10 OECD countries that received temporary workers in 2017, with 400,000 workers entering the country. 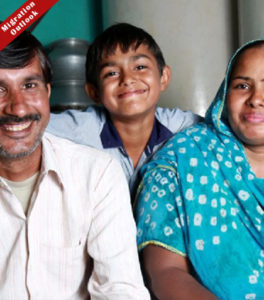 At the top of the list was Poland, followed by the USA, Germany and then Australia. The top 10 countries took in 3.9 million temporary labour migrants in 2017, 80 per cent of the OECD’s total.

In 2018, Australia introduced reforms to its temporary visa programs. It launched the Temporary Skill Shortage visa – which replaced the 457 Temporary work skilled visa – to allow employers to sponsor a skilled worker if they can’t find a local person for the role.

The Refugee Council of Australia noted the economic impact of migration flows through into every aspect of Australia’s economy.

“It has a profound positive impact not just on population growth, but also on labour participation and employment, on wages and incomes, on our national skills base and on net productivity,” said Migration Council of Australia Policy Analyst Henry Sherrell at the time.

And, a 2018 Australia government report into immigration cited the International Monetary Fund, which estimated that “Australia’s current migration program will add between 0.1 and 1 percentage points to annual average GDP growth” between 2020 to 2050.

The OECD report found that the US remains the largest single destination country for migrants, followed by Germany.

But when it came to asylum applications to OECD countries, the numbers dropped significantly. Applications went down to 1.09 million in 2018, 35 per cent fewer than the record high of 1.65 million requests sent through in both 2015 and 2016.

But the report found that the overall number of migrants to OECD countries rose to around 5.3 million in 2018, a 2 per cent rise from 2017.

It also found that temporary labour migration rose significantly in 2017, reaching 4.9 million, compared to 4.4 million in 2016. It is the highest level since the OECD began reporting the numbers more than 10 years ago.

“Improvements in the employment of recent immigrants have been stronger in countries where employment rates were relatively high, such as Ireland or the United Kingdom,” the report said.

The organisation found that temporary migrants make a “sizeable” contribution to OECD countries. The report said that on average, more than 68 per cent of migrants are employed across OECD countries and their unemployment rate is below 9 per cent.

“The significant increase in temporary labour migration is a sign of the dynamism in OECD labour markets but also of their integration,” OECD Secretary-General Angel Gurría said at that report’s launch.

“Temporary migrants bring skills and competences that are needed by employers,” he said.

The OECD is made up of 36 member countries across North and South America, Europe and Asia-Pacific that work together on a range of social, economic and environmental issues.