Australia remains a stable, optimistic society that is open to the world and has high levels of contentment and faith in the benefits of migration and multiculturalism, according to a new study of social cohesion.

The 2019 Mapping Social Cohesion survey, an annual report produced by The Scanlon Foundation and Monash University, found the vast majority of Australians agree that multiculturalism has been good for Australia, although significant minority still express negativity towards Muslims. 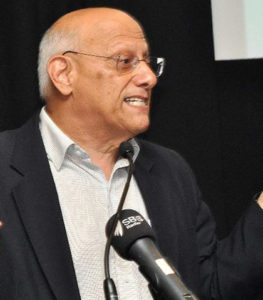 The report found support for multiculturalism remains high at 85 per cent, with more than 90 per cent of respondents saying they felt a sense of belonging in Australia.

It found that 71 per cent of Australians thought ‘globalisation’ was good for the nation and 58 per cent said Australia’s system of government was fine or in need of just minor change – a figure that has held steady for several years since in tumbled during the Global Financial Crisis of 2007-09.

Sixty-eight per cent of migrants told the survey that accepting migrants from different countries made Australia stronger and just 41 per cent said the number of migrants entering Australia was too high.

Since 2011, the survey has asked about issues that are of greatest concern in the community, using an open-ended question: ‘What do you think is the most important problem facing Australia today?’

While concerns about the economy and unemployment have consistently topped the list, concern about environmental issues was the biggest change recorded from one year to the next, up from 10 per cent to 19 per cent over the past year.

The report’s author Professor Andrew Markus said the movement of an issue from quite far down in the middle of the list to ranking second is unusual in the history of the survey.

“In the past, 2010 to 2011, there were a lot of people indicating that what they were concerned about was that people talking about climate change was overblown. There was too much of it, they didn’t believe it, they were sceptical,” he said.

“And 2019, almost no one is indicating that they are concerned because the issue is being overblown,” Prof Markus said.

Nearly half of those aged 18-24 reported being the most concerned about climate change, with much smaller rates seen in those over 65.

Professor Markus said the survey shows high, positive results on questions about the economic benefits of immigration and whether it is good that immigrants bring new ideas and cultures, with between 75 and 85 per cent agreeing it’s a good thing for Australia to have immigration.

But, he said, the results are less favourable on other immigration-related issues.

“When we ask people ‘do you think that the government is managing population growth well and are you concerned that immigration has got an impact of quality of life on overcrowding, on house prices, on the environment?’ … What we’re picking up is in the self-completion survey is 60 per cent or more of people are indicating concern,” he said.

The survey found concern about the level of immigration marginally declined from 43 per cent in 2018 to 41 per cent this year, with 53 per cent saying the intake is about right or too low.

It found less concern about immigration levels has been found in three other 2019 surveys.

The survey found 80 per cent of respondents disagreed with discrimination based on race or ethnicity.

But there are still significant levels of discrimination against people from certain communities.

On the question ‘have you experienced discrimination over the last 12 months on the basis of your skin colour, ethnicity or religion?’ rates have consistently increased since the first survey in 2007 from about 10 per cent to 19 per cent in more recent surveys.

People who identify as Muslim or Hindu reported much higher rates of discrimination at 42 per cent for Muslims and 38 per cent for Hindus.

And despite the optimism about multiculturalism, ‘negative’ or ‘very negative’ attitudes towards Muslims remain high with a stark contrast between respondents who were interviewed over the phone and those who self-completed an online survey.

When people were asked about negative attitudes towards different faith groups, 21 to 25 per cent of those interviewed said they held negative views about Muslims, but the rate in the self-completion survey was almost double at 40 per cent.

“The finding on Muslim Australians and that big difference was not a surprise the first time we did it. But we have now done it three times at 2017, 2018, 2019 and basically obtained the same result. So that level of difference is quite unusual,” Professor Markus said.

“If I look at the self-completion survey for the other groups, Christians, Buddhists, Hindus, it’s in the range of five to 10 per cent … but the Muslim figure is four times that level at 40 per cent.”

There were a total of 3,500 respondents to the survey – 1,500 via telephone interviews and 2,000 via the self-completion survey, which asks some 90 questions. All participants are anonymous.

“Levels of belonging and happiness have dipped slightly over the year. We need to keep an eye on these. They offer a political base to agitate on these issues which could produce some ugly results,” he said.