Australian voters are evenly split on the question of how many migrants Australia should accept — about a third say more, another third say fewer and yet another third say the intake is about right at the moment, according to the ABC’s Vote Compass surveys.

And while both major parties support the turning back of asylum seeker boats, not all of their support bases agree, the surveys found.

Greens voters are the most likely to support higher immigration, although the party’s position is that the current rate is appropriate.

One Nation voters are most likely to want to see immigration numbers cut, with 90 per cent agreeing with party’s position of wanting to cut current annual intake of 160,000 migrants down to 70,000.

Labor and Coalition voters are most likely to differ from their party platforms on immigration.

The surveys also found that more women (39 per cent) than men (27 per cent) want to increase immigration and the highest levels of support for lifting immigration rates were in the inner-metropolitan areas of capital cities – said to be the most congested.

The proportion of voters who said they would like to see more immigrants reached approximately 50 per cent in the Labor-held Melbourne electorates of Cooper and Wills, and the Greens-held seat of Melbourne, the Vote Compass data found.

Meanwhile less than 25 per cent of voters in the Liberal National Party-held rural Queensland electorates of Hinkler, Flynn and Maranoa wanted to see immigrant numbers increase.

Australians’ views on whether boats carrying asylum seekers should be turned back have barely shifted since it was a top-order issue in the 2013 election, the surveys found. 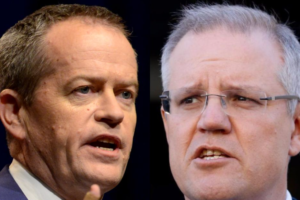 Political Scientist and La Trobe University Associate Professor Andrea Carson says the data shows that Australians are polarised on the issue of asylum seekers and have largely made up their minds.

“What we don’t know compared to 2013 is how salient the issue is. In 2013, it was used a lot in Liberal messaging, it was part of Tony Abbott’s six points for the electorate,” Prof Carson said.

“We’re not seeing that in this campaign, except with One Nation voters. When we asked the most important issue, it was only The Vote Compass data that found strong support for the view that all immigrants can retain their cultural values without being less Australian — a notion backed by 70 per cent of voters overall.