Australia’s arts institutions are not reflecting the nation’s diversity, according to damning new research.

A study by Diversity Arts Australia and Western Sydney University looked at the representation of culturally and linguistically diverse (CALD) Australians in leadership positions in the nation’s major arts, screen and cultural organisations. 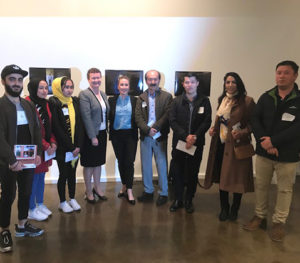 The findings were surprising. Despite publicly avowed commitments to diversity, leaders, directors and board members of Australia’s major cultural bodies are overwhelmingly from non-migrant backgrounds.

Less than half of the nation’s museums, music and opera companies, screen organisations and theatre companies have any representatives from diverse cultural or linguistic heritage among their leadership teams.

And less than 10 per cent of artistic directors come from culturally diverse backgrounds.

“We began with an analysis of the publicly available biographical information about board chairs and members, CEOs, creative directors, senior executives and award panel judges from 200 major cultural organisations, awards and government bodies,” the researchers said.

“The literary and publishing industry had the highest CALD representation among leaders with 14 per cent. This figure in theatre, dance and stage was just 5 per cent – reflecting numbers found by the Australian Human Rights Commission when looking at the broader corporate sector,” they said.

“Australia has a history of separating “ethnic art” from the mainstream arts community. Non-English language companies peaked in the late 1980s, with companies such as the Greek-language Filiki Players in Melbourne and the Italian-language Doppio Teatro in Adelaide.

“Despite almost half of Australians having at least one parent born overseas, this separation between “mainstream” and “ethnic” art has continued,” the researchers said.

They argue the arts are there to tell the stories that capture the rich tapestry of our nation – and to do this, we must seek out artists and artistic leaders that reflect this diversity.

“The cultural and screen sectors must set targets, design, and implement diversity inclusion plans. These should not be undertaken via a tick-the box-training session, but progressive and ongoing strategies that are embedded into the organisation,” the report recommended.

“We need strong arts policy (Australia doesn’t have a national arts policy at all) with diversity at its core,” it said.

“As in the UK, funding bodies must tie funding to meeting minimum diversity targets, ensuring organisations reflect on what it means to tell an Australian story,” the report recommended.

“The arts act as a mirror to who we are. If the arts community simply reflects on Australia of a bygone era we fail to acknowledge our complexity, exclude most Australians and lack authenticity,” it said.

“Finally, while 22 organisations refused to participate in our research, and many did not respond, we must remember 49 per cent did send through their data – giving us the potential for an arts and screen community that really reflects Australia,” the researchers said.