Bendigo’s Karen get a cultural centre

A Culture Centre for Karen refugees who have settled in Bendigo is nearing completion.

The building, at Eaglehawk, now has its frame up and work is continuing. 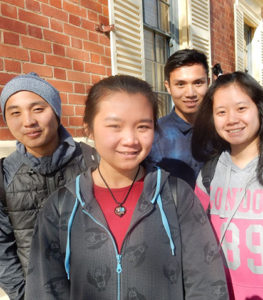 The project stems from the local Karen Culture and Social Support Foundation (KCSS) to provide a focal point for the city’s growing Karen refugee community.

It is hoped the centre will open in July.

Federal member for Bendigo Lisa Chesters has encouraged the community to rally support the project.

“This home will give them a safe and homely space when they first arrive to Australia and offers refugees the chance to make priceless connections with other community members,” she said.

The settlement of refugees at Bendigo, in central Victoria, has contributed economically and culturally to the life of the city while offering opportunities for employment and social participation to refugee communities, according to a study released last year.

The arrival of refugees has added almost $70 million to the local economy over a decade while also enhancing the city’s rich multicultural traditions.

Titled ‘Regional Futures: Economic and social impact of the Karen resettlement in Bendigo’, the report was produced jointly by Deloitte Access Economics and migrant and refugee settlement agency AMES Australia.

It set out to analyse the social and economic impact of Karen refugees settled in Bendigo over the past decade. Currently, around 1,000 Karen live in Bendigo. While this report focuses on the Karen, there are other significant cohorts of refugees living in Bendigo, including Sudanese and Afghans, and to whose presence in the city this report has relevance.

To donate by direct debit to the centre: