Book review – The Next Great Migration, by Sonia Shah

“Life is on the move, today as in the past,” says author and journalist Sonia Shah.

“For too long, we’ve suppressed the fact of the migration instinct, demonising it as a harbinger of terror. We’ve constructed a story about ourselves, our history, our bodies, and the natural world around us in which migration is the anomaly. It’s an illusion. And once it falls, the entire world shifts,” she says. 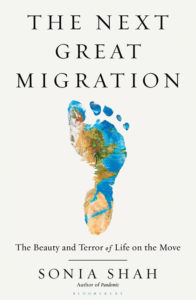 It is a journey through science, history and reporting; and it predicts the lifesaving power of migration in the face of climate change.

Ms Shah begins her thesis with a series of observations from the natural world that have resonance with the human realm.

The first concerns the habits and behaviour of the checkerspot butterfly. In abundant numbers on the US’ west coast, the checkerspot is not a robust creature. It flies very close to the ground and only lives for ten days.

But its sensitivity to changes in habitat and environment made it one of the first indicators of climate change.

A paper published in the journal ‘Nature’ in 1996 showed that in response to warming temperatures the edges of the population of checkerspots were moving northwards at a rate of 20 km per decade. 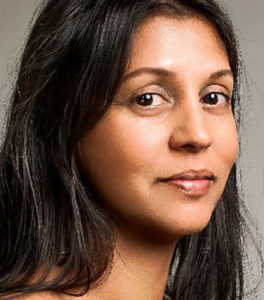 Ms Shah also finds evidence that other species are also moving because of climate change: Atlantic cod, for instance, are moving at a rate of 200 km a decade toward the cooler poles.

Ms Shah has a personal interest in matters around migration. Her parents moved from India 50 years ago to take up jobs as doctors in New York.

She says her parents move instilled in her “an acute feeling of being somehow out of place”.

Despite being born in American she, “didn’t consider myself as being ‘from’ that place, even though I’d borne both of my children there”.

For a few years, she and her husband lived in Australia and became doubly “alien”.

This prompted Ms Shah to ask: “where did that concept of home originate? And was that a learned or an innate understanding?”

Her compelling probe into these questions becomes a political history of the human urge to move from one place to another.

Shah argues that far from being a disruptive behaviour to be resisted, migration is an ancient and lifesaving response to environmental change; a biological imperative as necessary as breathing.

Unhampered by barbed wire, migration allowed our ancestors to people the planet, catapulting us into the highest reaches of the Himalayas and the most remote islands of the Pacific, creating and disseminating the biological, cultural, and social diversity that ecosystems and societies depend upon.

In other words, Ms Shah argues, migration is not the crisis – it is the solution.

Tracking the history of misinformation from the 18th century through today’s xenophobic policies, ‘The Next Great Migration’ makes the case for a future in which migration is not a source of fear, but of hope.

Then Next Great Migration, by Sonia Shah, Bloomsbury Publishing, $30.50