CALD kids missing out on benefits of early childhood services

Culturally and linguistically diverse (CALD) communities should be made more aware of early childhood services and the benefits they can bring for children from emerging of diverse communities, a parliamentary inquiry has heard.

Migrant and refugee settlement agency AMES Australia has made suite of recommendations to promote access to early childhood services to the Victorian Legislative Assembly’s Legal and Social Issues Committee. 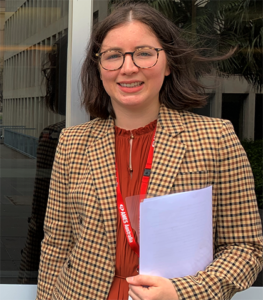 The committee heard that there was a lack of awareness among some CALD communities about the benefits of early childhood services for children’s learning and development.

They were also told of the issues of school readiness among CALD families, the lack of language inclusion in early childhood services and child care for mothers undertaking English language courses.

They included: more resources for awareness building among CALD communities of the benefits of early childhood services; a strengths-based approach to help CALD families adjust to the Australian education system; investment in a multi-lingual workforce in early childhood services; free or subsidised child care to be extended to other government-funded education and training programs tailored to newly arrived CALD communities, with the intention of improving access and learning outcomes for participants and their children.

The submission also recommended promoting opportunities for CALD women who are providing unpaid care and may be experiencing isolation tom participate in activities outside the family unit.

“Neuroscience has shown the early years of life, particularly birth to eight years, are critical for children’s learning and development,” the submission said.

“Access to early childhood programs and services can provide young children with a foundation for future learning and achievements and has shown consistent positive short and long-term effects across the world including in the US, Europe, Canada and New Zealand,” it said.

“However children who are under-represented in preschool programs include those from some CALD communities as well as other disadvantaged cohorts.

“However, cultural barriers can discourage use. For example, the concept of child care services delivered by a government or private provider may be culturally unfamiliar to communities that have a traditionally communal and/or family approach to caring for and raising children.

“In addition, there is often low awareness of the value of early years learning in CALD communities. A recent interstate study, for example, found that 18.4 per cent of refugee/CALD parents believed the first five years was not very important for children’s future learning, compared with 3.7 per cent of other parents.

“As a result, children from CALD backgrounds are less likely to attend an early childhood education and care service before they start school,” the submission said.

It said such a program run in the City of Hume between 2011 and 2014 had had positive results in connecting CALD families with early childhood learning.

“The Mother and Child English Language Program (MCELP) combined an accredited English class for mothers, following by a playgroup where mothers and children engage in a shared learning program,” the submission said.