Call for Australia to increase its refugee intake

Giving more refugees the opportunity to settle in Australia boost the nation’s economy by almost $38 billion over the next 50 years, new research has found.

The report by Deloitte Access Economics says that if Australia lifted its humanitarian intake from 18,750 to 44,000 by 2020/23 the country’s overall Gross Domestic Product would increase. 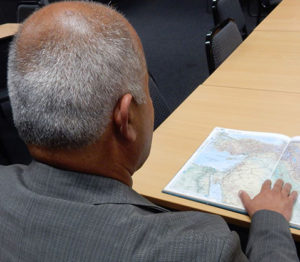 Commissioned by the charity Oxfam, the report says increasing the refugee intake would add 35,000 full time jobs to the Australian economy every year, on average over 50 years.

The report’s comprehensive economic modelling shows that an increase in intake would also boost demand for Australian goods and services by $18.2 billion.

The report also backs a push to make it easier for refugees and humanitarian migrants to reunite with their families.

Refugees who had been reunited with their families had a lower probability of mental illness and post-traumatic stress disorder (PTSD), and were more likely to be engaged in study or job training, the research found.

Oxfam is calling on the Australian government to take action, recommending 10,000 refugee places annually, specifically designed to make it easier for humanitarian migrants to be reunited with their family.

A Syrian refugee who spent a year as a captive of ISIS has backed the proposal.

Syrian man ‘George’ survived a year as a captive of ISIS treated brutally, constantly threatened with death and not knowing the fate of his wife and daughter who had also been captured.

He was moved from place to place and saw friends executed by ISIS.

Upon his release, George (Not his real name) learned his wife and daughter had been set free 20 days earlier. He was taken to a nearby town and reunited with his family. After a year as refugees in Lebanon, the family as granted a humanitarian visa to come to Australia. George has never returned to his home village.

Now safe and living in Melbourne’s north, ‘George’ (not his real name) has told of his incredible ordeal in the hope that the Australian Government and the international community will increase their efforts to help the millions of refugees who have not found a safe place to rebuild their lives.

“I was fortunate to survive and to find a safe place to live with my family. But there are many, many people who are still in very difficult circumstances even though the threat of ISIS has gone,” he said this week,” George said.

“I’ve also seen how hard it is for refugees settled in Australia to start new lives here when they have family members who are still in harm’s way,” he said.

“We have family members we miss and fear for every day. They are living in danger and have few options to find safety,” George said.

Safe in Melbourne, George is now looking to the future. He hopes to resume his career and says his daughter is doing well in school.

“We are grateful to be here and to have safety. It is a good life in Australia and my daughter is very happy in her school. We hope for a better future for her,” he said.

“But there are many others who need the chance at a second life that we got,” he said.