Calls for census to canvas diversity

The Labor Party has called for Australia’s census to be updated to give an accurate picture of ethnic diversity and help identify the population’s untapped potential. 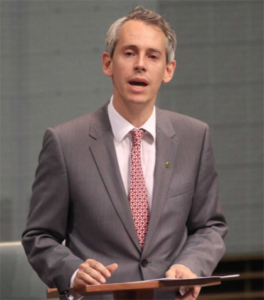 He called for the next census, in 2021, to include questions on race and ethnicity to inform better policy, describing Australia’s data collection practices as “relatively poor”.

“At the moment our data is largely limited to ancestry, language, and place of birth. By contrast New Zealand, Canada and the United States all question ethnicity or race in their respective censuses,” he said.

“While in the United Kingdom authorities have produced a Race Disparity Audit, which looked at the treatment of people from different backgrounds across education, employment and the criminal justice system.”

In the UK’s 2011 census, respondents were asked their ethnicity within specific categories including white; mixed or multiple ethnicities; Asian or Asian British; Black, African, Caribbean, or Black British; and other ethnic groups.

In the US and New Zealand there are similar breakdowns designed around the nations’ histories, including ethnicities within “white “ categories, as well as Indigenous backgrounds and Pasifika in New Zealand.

The Australian census asks about ancestry, allowing respondents up to two entries.

But Tim Soutphommasane, the former race commissioner at the Australian Human Rights Commission, said the data did not reveal anything meaningful about the ethnic composition of the population.

“The commission did model this – using the 2016 census – to get a more meaningful picture of what we look like as a country, and based on that we believe that close to a quarter of the Australian population has a non-European or Indigenous background … but we can’t say that with any certainty,” he said.

“We don’t have a clear picture at the moment of some of the disadvantages or barriers that may exist for those from non-white or non-European backgrounds in particular.”

Mr Soutphommasane suggested categories which reflected the waves of changes in Australia’s population, beginning with First Australians, then the Anglo-Celtic arrivals from 1788, the post-war European influx, and the non-European migration after the end of the White Australia policy.

“The kind of situation we’re in is that we’re often celebrated as multicultural success story, but we can’t have a sophisticated conversation about the ethnicity of our nation.”

The ABS is making some changes to the next census, with testing beginning soon on proposed new questions, arising from its 2018 review, on non-binary gender, long-term health conditions and Australian Defence Force service.