The COVID-19 crisis is heightening the vulnerabilities of the world’s refugees, asylum seekers and displaced people, according to new research.

In the wake of the pandemic, many undocumented migrants were anxious about seeking medical help, fearful of being reported to immigration authorities and being deported; and were suffering in silence, the research found. 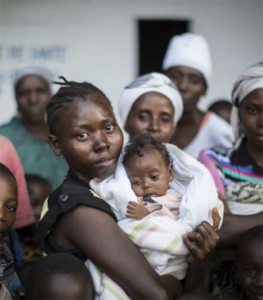 And refugee victims of sexual or gender-based violence were among the most vulnerable groups, the research found.

Researchers from the University of Birmingham, in the UK, surveyed more than 90 refugee survivors and organisations in five countries.

Their report, titled ‘Understanding the Impact of Covid-19 on Forced Migrant Survivors of Sexual and Gender-based Violence’, found that victims were finding themselves locked in with perpetrators, with no access to shelters or advice organisations, and as a result were having to suffer abuse.

Lead researcher Professor Jenny Phillimore said: “Some women and their children are going hungry and without medical care – they are entirely destitute and reliant on the generosity of neighbours, themselves struggling”.

“The advent of the COVID-19 crisis has the potential to compound the effects of the ongoing refugee-crisis for the most vulnerable social groups,” the report said.

“Forced migrant survivors of sexual and gender-based violence (SGBV) are one of such vulnerable groups, with many trapped in violent relationships, living precarious lives and experiencing severe distress,” it said.

“Given the existing vulnerabilities and inequalities, forced migrant survivors of SGBV are likely to be disproportionally affected by the pandemic.

“Conversations with research partners and anecdotal information show that the forced migrant survivors experience an array of adverse and compounding effects on their everyday life as a result of self-isolation, social distancing and changes in services delivery.

One of the study’s interviewees, a Nigerian survivor of trafficking who lives in an International Organisation for Migration shelter in Tunisia with her husband, Endurance, described life as becoming “unbearably difficult” since the beginning of the pandemic.

The couple, who have irregular immigration status, are struggling to feed themselves, saying they are on the verge of starvation.

“The life here in this pandemic is so hard, especially for us, the migrants. They gave us just 30 dinar ($A15) to eat for seven days but that can’t even feed us for two days, so now we only eat once a day. It is very difficult and we have no one,” the woman said.

The report found that in some countries there had been increased targeting by traffickers as well as pressure put on children to enter into marriages.

There had also been a knock-on effect due to the cancellation of therapeutic services and self-help groups. Digital poverty confounded this issue, excluding many from participating in online meetings, resulting in many migrants spending long days alone.

“With many women having lack of digital resources to access online/via phone – women who were moving forward with their lives now feel themselves slipping backwards and are losing hope,” the report said.

It said individuals feared going hungry and struggled to receive support due to pandemic restrictions, which included suspension of some projects.

“Forced migrants living in shelters, shared accommodation and overcrowded housing with shared kitchens and toilets were unable to self-isolate – creating health risks and anxiety about contracting the virus,” it said.

“Legal status introduced a range of barriers – from no access to public funds and services to not being allowed to work or open a bank account,” the report said.