Nations that have coped well with COVID-19 pandemic will face a lasting economic impact from the global collapse in skilled migration which will hinder the growth of their working-age population, according to a new report from the OECD.

The report by the Paris-based organisation singled out Australia and New Zealand as likely being particularly hard hit by the effects of the pandemic, saying the inward flows of people have dropped 70 to 80 per cent because of closed borders. 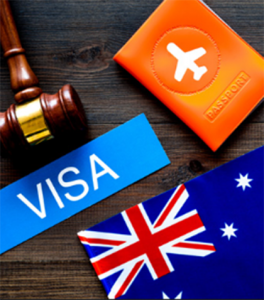 The OECD economists say the COVID crisis ended a decade’s steady growth in flows of migrants around the world.

Jean-Christophe Dumont, who leads the OECD research team, said the year-on-year drop in inward flows to rich countries ranged from 30 per cent up to 70 or 80 per cent in those that closed their borders almost completely.

“With many countries now tightening border controls, migration in 2021 will be far from normal”, he said, and could well be similar to 2020 if things don’t get better quickly,” he said in the report.

And migrants themselves are worst affected by this, the report says, from workers unable to take up jobs and family members kept apart.

There are also students forced to defer courses and refugees stuck in camps, the report says.

It says there will also be enduring effects for countries which have in recent years relied on a steady influx of newcomers to fill skilled jobs and sustain growth in the labour force while also, as in Australia’s case, boosting the education sector.

Many countries have also seen migrants ameliorate the fiscal burden of ageing population, the report said.

In Australia and New Zealand gross domestic product growth has been fuelled by an expanding population, largely owing to high levels of net immigration.

But even if net migration returns to pre-pandemic levels by 2024, their respective working age populations will be 2 per cent and 2.8 per cent smaller in the medium term, the report said.

Economists say Australia’s economy is unlikely to return to its pre-virus path of growth with some calling this “the price they are paying for very successful management of the virus”.

But, he said in 2020-21, population growth will be the lowest since 1916 “when many Australians left our shores to fight in the First World War”.

“If population growth is to be noticeably slower in a post-COVID world, the trajectory for our economy will look different too,” he said.

Meanwhile Canada — which has a longstanding policy of pursuing population growth at a similar rate to Australia — has increased its targets for net immigration, the report says.

“It previously aimed to bring in one million people between 2020 and 2022. Now, to address the shortfall, it aims to bring in 400,000 permanent residents in each of the next three years — which would be the highest level of net immigration in its history,” it says.

Other countries with rising unemployment do not see a fall in migration as a problem.

But in many countries sectors such as health care and agriculture may struggle to find enough workers, the report says.

The pandemic’s combination of lower immigration, higher mortality and fewer births meant the German population shrank in 2020 for the first time in a decade.

International migration is likely to pick up once borders reopen but the OECD report does not expect it to reach pre-pandemic levels for some time.

It also argues that lockdowns have accelerated automation and technology could erode demand for low-skilled labour demand for high-skilled migration could also dip, the report says.

“This could bring opportunities for skilled workers in the developing world, who previously had to go overseas to pursue their careers. Remote working could see labour shortages in developed countries less likely, while alleviating brain drain from the developing world,” the report said.