Refugee and migrant communities across Victoria and Australia are stepping up to help in the response to the nation’s bushfire crisis.

Several communities have started appeals for funds and donations to help the victims of the fires and others have offered their services cooking food and helping support victims who have lost property. 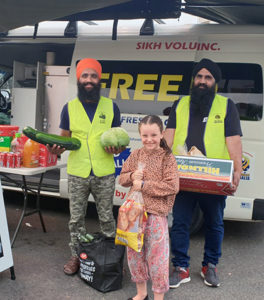 The Board of Imams Victoria has urged the Muslim community to come forward to help the victims of the fires while launching an appeal for funds and donations to assist people affected by the disaster.

A group of men from the Melbourne based Sikh Volunteers Australia community group has travelled to Bairnsdale to provide hot meals to people sheltering at the local relief centre at the town oval.

Local Bairnsdale Indian restaurant Desi Grill has opened its kitchen and is preparing food for victims of the fires and volunteer firefighters. 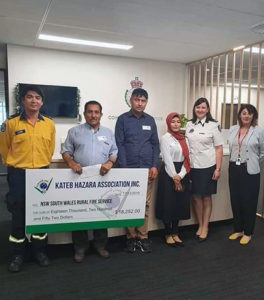 In NSW, the Afghan community group Kateb Hazara Association has donated $18,252 to the New South Wales Rural Fire Service and a group, of men from the Muslim community in Auburn, in Sydney’s west, have travelled to an evacuation centre at Kempsey in northern NSW to help feed victims of the fire.

Leaving just before 6am, Jawad Nabouche and his friends drove north with a utility loaded with about 30 kilos of sausages and 30 boxes of water and all the utensils and equipment they needed to cook a barbecue.

“It’s the least we can do, to try help the community and help everybody up here and put a smile on everybody’s faces,” Mr Nabouche said.

The Grand Mufti of Australia Dr Ibrahim Abu Muhammad called on the Muslim community to assist the victims of this “unprecedented catastrophe”.

“The time has come to carry out our duty to assist the families affected by these bushfires financially, emotionally and by volunteering in the fight against this devastating fire,” he said.

Meanwhile Karen-Burmese refugees living at Nhill, in western Victoria, have produced in-language bushfire safety video for newcomers to their community.

The film was developed as part of a Country Fire Authority (CFA) ‘Summer Local Initiative’ funded project between CFA, the Nhill Learning Centre and the University of Adelaide.

The film was made using members of the Karen who helped create resource aimed educating people about fire restrictions and Total Fire Bans in a way that is meaningful to them, in their own language with local community actors.

AMES Australia CEO Cath Scarth said the response from diverse communities in the face of the bushfire crisis showed that refugee and migrant communities in Australia were keen to contribute and be a full part of the broader society in good times and in bad.

“It is inspiring to see all of these people, many of whom may not be familiar with bushfires, answer the call and step up to help,” Ms Scarth said.

“Many people from our refugee communities have themselves suffered trauma and loss and it says a lot out their resilience and generosity that when they see others in difficulty, their instinct is to try to help,” she said.