For Pakistani migrant Fatima Ali, gaining her Aged Care qualification here in Australia has meant regaining her former freedom and the sense of empowerment she lost in an arranged marriage.

Fatima began her life in Quetta, the capital city of Baluchistan in Eastern Pakistan. 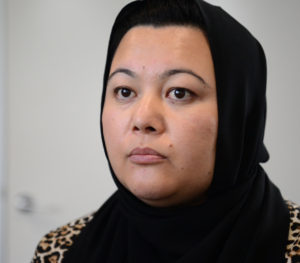 “I would stay outside all the time,” she said. “Teachers can be very cruel in Pakistan, beating children very badly. But it is very common to go out of your house and play on the roads because there are barely any vehicles.”

“As I grew up my childhood was difficult because my father became very old and was not able to work. My Mother used to work in handicraft selling in order to pay for our necessities,” Fatima said.

Once Fatima finished high school, the thrived on the chance to give back and become the provider, entering into both a Bachelor of Political Sciences and a full-time job as a teacher.

“My job at a private school was very low salary, but better than nothing. It was good because it was not my dream job, but I was getting money. When you are making your own money and managing yourself, you feel very free,” she said.

In Pakistan, however, the family unit comes first, and just as Fatima respected the responsibility to provide for her family while she could, as did her family feel they had responsibilities to Fatima – to provide her with prospects for a family of her own.

“It was a totally arranged marriage. My in-laws were looking for a girl, one of their relatives were living in my area. They came to my house and approved of me, because they wanted an educated and mature girl for their son. Mother approved,” she said.

Fatima’s husband-to-be, Barat Bustan, was already living in Australia, providing for his family from there as Fatima was her own.

“Honestly, it was very confusing for me. I was the one who was busy working and earning money, and now it was very awkward that I was getting married to somebody I’d never seen before,” Fatima said.

In 2010, Fatima had to stop working and move in with her in-laws in Pakistan, an experience she describes as prison-like.

“To explain for everyone, it is like you were putting a kitten into the jungle, and all the wolves are there,” she states. “How will the kitten survive, I really do not want to reflect too much on this time. In Aussie culture nobody can imagine this sort of life.”

Fatima endured this situation for 5 years. She says it degraded her, reducing her to sedentary habits that even once materially free still chained her for years after. Eventually, however, Barat sent for her to come join him in Australia.

The change was surreal.

“It was unbelievable to me, now I will go live with my husband. Still when I remember that time, I feel like it was just like a dream,” she says.

“If you put a bird in a cage for years then suddenly free them, the bird will be confused. For me it was like that,” Fatima said.

But when she arrived, it was not to prosperity, but poverty.

“When I came, my husband had only two pillows one blanket, nothing else,” Fatima said. “Because he had to support his own family back home, he had nothing left for his own.”

Health issues had taken Barat’s income from him, and he was temporarily struggling on welfare as a result. The couple was taken in by friends for three months, before eventually saving enough to rent their current home.

Wherever they were, Fatima stayed inside.

“My husband was saying that your tummy is full, but your eyes are empty,” she said.

“I was scared of every single person because the situation I came from made me a coward. I was not able to go out even for groceries or anything. If somebody was looking at me I was scared. Barat said it’s better to go to AMES and study, to learn something about the culture and language and fix yourself for here,” Fatima said.

Remembering, Fatima becomes flustered at the strong emotions she feels.

“When my mother explained her life, she said that her past came in front of her like a movie. For me it is the same with me,” she said. “Every migrant has a tough life. That is why they come to the country in order to progress.”

But Fatima knew she had to be brave, so she made her way to AMES Australia to fulfil the free education hours available there for migrants. After 510 hours of English, she completed 220 hours of retail and a work placement at Woolworths.

She describes her education experience with glee.

“For me it was a total change. It’s like someone was coming from the mountains to the heaven. For me everything was a good surprise. Even when I went to AMES, a councillor talked with me very well and convinced me of how it will be,” Fatima said.

“I had never been in that kind of situation, with someone so very polite and helping. She taught me a lot of things about how to be, the right way for Australia,” she said.

Fatima didn’t get the job at Woolworths, a painful failure which almost took away all her progress. But a friend reached out, insisting she join her course in Aged Care, refusing to heed Fatima’s resistances.

“Fatima, if you have any excuses then I will come and pick you up. Go and study, at least go out from your house,” the friend told her.

With Barat’s support, she restarted her education for the third time in her life. Having completed her placement at Avent Care Nunawading, she received excellent results and was offered a job.

For Fatima, it’s a chance to feel useful again, and capture a part of her life she will never get to live.

“This is the way I can serve people. I haven’t had the chance to help and serve my parents, but in this industry, I can do all this, even if in my heart I can’t take the pain out. I can use the positive vibes,” she says.

“Through learning English my fear was removed. It’s what gave me the confidence to be out in the world again,” Fatima says.