Increasing social inclusion in Australia could deliver an economic benefit to the nation worth $12.7 billion each year, according to new research.

Deloitte Access Economics has modelled the economic dividend to Australia from having a more inclusive society and come up with a raft of benefits which include increased productivity, improved employment outcomes, better mental and physical health as well as the ensuing reduce cost of social services. 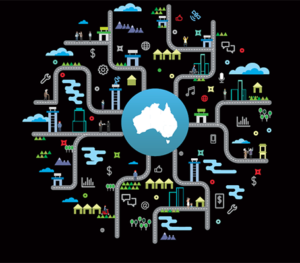 Titled ‘The economic benefits of improving social cohesion’, the report defines social cohesion as “affording all people the best opportunities to enjoy life and prosper in society’ – is a source of economic strength and higher living standards”.

It says having an inclusive society avoids the costs incurred when people are excluded – from jobs, from businesses and from accessing social services.

It notes that around one-third of small businesses in Australia, representing 1.41 million employees, are run by migrants to Australia, 83% of whom did not own a business before coming to Australia

“Based on our modelling and analysis, we estimate the economic dividend to Australia from having a more inclusive society to be $12.7 billion annually,” the report says.

“But there are also labour market benefits from increased employment, worth almost $1.2 billion to Gross Domestic Product (GDP) each year and improved health outcomes, which are estimated to improve well-being by $6.5 billion a year. These are benefits to all Australians and represent a lift in overall living standards,” the report says.

It says almost seven million people, with 270 ancestries have migrated to Australia since 1945 alone, almost 50,000 households have same-sex couples and one in five Australians has a physical and/or mental disability.

“Not only is Australia an increasingly diverse country but the intersectionality of diversities increases that complexity. Australia is more socially inclusive than most countries around the world. But we must do better. There are strong human rights and moral reasons for improving social inclusion. But there is also a critical economic imperative,” says the report, commissioned by broadcaster SBS.

It says increased productivity in the workplace is just one of the benefits of social inclusion.

“Business benefits from social inclusion in a number of ways: diversity can be a source of creativity and innovation, lifting productivity; social inclusion can also lift profitability and help target market segments,” the report says

“Social inclusion reduces the cost of social services by easing pressure on the public health system and reducing the need for income and housing support payments.

“By lifting wages and workforce participation in geographical areas of socioeconomic disadvantage, the benefits of economic growth can be shared more evenly across all Australian communities,” the report says.