Home » Latest Articles » Groundswell of support for refugees across US

Groundswell of support for refugees across US

As US President Donald Trump continues to hollow out his nation’s refugee programs, local elected leaders across the country, including republicans, are calling for the numbers of refugees accepted by America to increase.

Hundreds of elected leaders have put their name on a letter from an organisation called “Welcoming Refugees 2020.” 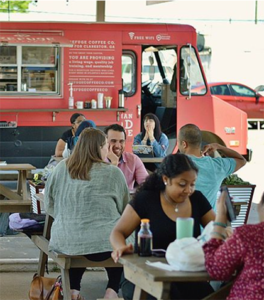 At the top of the page, the document asks state and local elected officials to sign on to support refugees in their communities, and then lists who has signed from each state.

The ‘Welcoming Refugees’ website says: “Each fall the President, after consultation with Congress, sets the number of refugees who will be resettled to the United States in the upcoming fiscal year. This number is known as the ‘Presidential Determination.’ State and local elected leaders can sign on to this letter to let the President know their communities welcome refugees and would like to see 95,000 refugees resettled in 2020. The letter with signatories as of September 10, 2019 has been sent to President Trump”.

It appears the letter has no legal or regulatory weight and is just a piece of advocacy on behalf of refugee organisation to US federal officials.

But across the US state, many state governors have been backing the refugee cause.

In Tennessee, Republican Governor Bill Lee issued a decree to continue to allow refugees to resettle in Tennessee.

Governor Lee took the executive action in December, saying he considered his own experience helping Kurdish refugees and weighed it against the will of fellow Republicans in the Legislature.

And although he has been challenged by a member of his own party, he stands by his decision.

“I feel the same way about the importance of allowing a limited number of highly vetted refugees into this state,” Governor Lee told reporters.

“It’s something I continue to have conviction on and feel strongly about.”

In Georgia, Governor Brian Kemp has yet to make a statement on the issue but he is being urged by his Republican colleagues to keep the welcome mat out.

One of Governor Kemp’s long-time supporters and former state representative Ed Lindsey has spoken publicly about his personal connection to the issue.

In 2019, Georgia welcomed over 1,300 refugees, with a highly successful resettlement record. Most refugee households state-wide are economically self-sufficient within six months of arrival, according to local support services.

Georgia is home to the small town of Clarkston, the self-proclaimed ‘Ellis Island of the South’.

In the past 25 years the town has received more than 40,000 refugees. Successive waves of settlers have come from Syria, The Congo, Bhutan, Eritrea, Ethiopia, Somalia, Sudan, Liberia and Vietnam.

Until the Trump Administration began reducing the US’ refugee programs, Clarkston had been accepting 1500 refugees a year.

And the town’s reputation as a diversity hot spot has also brought middle class, professional Americans back to the town which has seen its population grow from around 5,000 in 1990 to 13,000 now.

“Clarkston has welcomed more than 40,000 refugees from every corner of the world over the last 40-plus years, and their home grown businesses make our city unique,” Mr Terry said.

“But more than that, they’ve turned a once-fading community, situated in the suburbs east of Atlanta, into a safer, more prosperous place for everyone. The same thing is happening in other small towns and rural communities where refugees settle, across every state in the union,” he said.

So enamoured of his town’s diversity is Mayor Terry that he moved his office out of City Hall.

He holds meetings at places like the Refuge Coffee Co.

“The bright red coffee truck, the smell of freshly made Ethiopian sambusas, and residents from all over the world eating, drinking, and laughing together: It exemplifies everything that makes our community great,” the mayor said.