Humanitarian agencies have warned that an increasing number of countries are criminalising humanitarian work, often under the guise of combating terrorism.

Aid agencies have always faced difficulties operating in some environments because of geopolitical or domestic politics in places like Africa and the Middle East. But now they are facing criminalisation by Western governments. 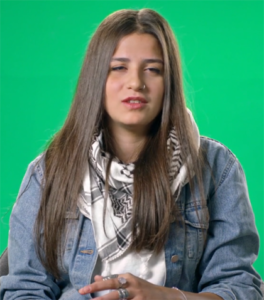 Rescue missions in the Mediterranean Sea and people assisting migrants on the US-Mexico border have both recently attracted criminal prosecutions by governments.

Tougher donor restrictions on relief operations in areas controlled by extremist groups are “out of control”, impeding life-saving work, and could lead aid groups to pull out of the most challenging responses, aid agencies say.

Program closures in Syria, two recent US prosecutions, and a new ruling by USAID have combined are making NGOs alarmed at the tighter control over humanitarian work.

French activist and scholar Agnès Callamard, a UN special rapporteur on human rights, has called for a new system of exemptions for aid to areas like Syria’s northwestern Idlib province that are largely controlled by Islamist extremists.

Ms Callamard’s report, titled ‘Saving Lives is not a Crime’, argues that anti-terror laws are “out of control” and can “potentially criminalise even life-saving medical aid or food relief”.

She warns they are having “chilling effects” on the provision of aid, preventing assistance “from reaching populations controlled by ‘terrorist’ organisations” and likely resulting in “greater harm to life and civilian deaths”.

Ms Callamard says Australia, Britain, Canada, and Switzerland are among the countries that have made efforts to exempt humanitarian action from anti-terrorist regulation. However, the US role in the international banking system, she argues, gives its counter-terrorism policies wide influence.

In Arizona, activist Scott Warren faces three felony charges after he helped two undocumented migrants by providing them food, shelter, and transportation over three days in January 2018. He is accused of hiding them from law enforcement officers.

In Greece, Syrian swimmer Sarah Mardini, who achieved fame in 2015 when she helped rescue 18 Syrian refugees on an inflatable dinghy seeking safety in Greece, faces prosecution there after returning to volunteer to help other refugees.

In the US, a new anti-terror law has forced the majority of American-funded aid operations in the Occupied Palestinian Territories to cease and may have wider humanitarian consequences, leaving nonprofits around the world more vulnerable to litigation.

The bill is targeted at the Palestinian Authority, which governs the West Bank, but experts say the Anti-Terrorism Clarification Act is poorly crafted and could result in some non-governmental organisations and businesses being reluctant to take US funding or be associated with US-financed programs.

In Italy, tens of thousands of vulnerable asylum seekers have lost their right to two-year residency permits and integration services in Italy after new legislation championed by the populist government’s right-wing Interior Minister Matteo Salvini was signed into law this week.

And over the past two years thousands have already had government services to which they were entitled cut or curtailed.

Thirty per cent of asylum seekers who arrived in more than half of Italy’s local government jurisdictions over the past two years have either left or been evicted from their government-run accommodation, reports say.

In Turkey, authorities recently detained 15 staff of a US NGO working on Syria relief operations.

Police detained the workers from the International Medical Corps in the southeastern city of Gaziantep, near the Syrian border, in April, citing discrepancies in employment permits as the cause for the detentions.

The incident followed the expulsion of Mercy Corps, which had been running one of the largest aid operations in Syria from Turkey, and the detention of 10 staff from Denmark’s DanChurchAid.

According to international law, the delivery and distribution of neutral and impartial humanitarian aid must be permitted, no matter who the de facto authorities are.

NGOs and other international aid agencies continue to provide food, water, health, and other support to civilians who live in areas controlled by sanctioned groups in Afghanistan, Somalia, Syria, Yemen, and elsewhere.