More than 300 businesses have been opened by refugees in Melbourne and Sydney in the past two years, new figures show. 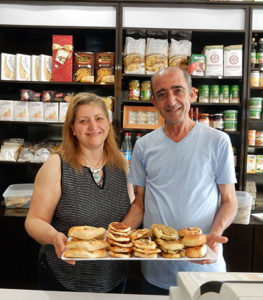 More than 150 refugee clients of AMES Australia have open businesses, according to an audit of case management data and Thrive reports 160 refugee businesses established.

Thrive Executive Director Huy Truong said the organisation had been created to support refugees and asylum seekers start their own businesses.

“As a result, they create self-employment, become financially independent and integrate faster and more successfully as active contributors to our society and economy,” Mr Truong said.

In just under two years, Thrive has lent more than $2 million to refugee entrepreneurs who have started 160 businesses creating more than 150 jobs for people from 30 countries.

The economic impact has been significant with the double benefit of reduced welfare payments and taxes being paid. In addition to the economic benefit has been the social benefit that arises with developing a network of customers, suppliers and other local businesses.

AMES Australia CEO Cath Scarth said many refugees are finding there are barriers to obtaining paid employment – including a lack of local work experience, difficulty getting skills and qualifications recognised and English language proficiency.

“We have supported a significant number of our refugee clients to start their own businesses to achieve economic participation and independence. In many cases they have started businesses when they have been unable to find permanent and durable employment,” Ms Scarth said.

She said a large proportion of recent refugee arrivals to Australia have come as a result of the conflict in Syria and Iraq and the audit showed many of these people have utilised their entrepreneurial skills.

Syrian Akram Abouhamdan and his wife Joumana have just opened the first Syrian food shop on Lygon Street, in the historic Melbourne suburb of Carlton.

“We feel very safe in Australia but it’s not easy to change your life; to have a new language and a new culture,” Mr Abouhamdan said.

“But we had to do something to support ourselves and my wife is a very good cook. So, we made baklava and Syrian sweets and started selling them from a stall at the markets,” he said.

For two years the family sold their delicious wares at markets around Melbourne while also learning English with settlement agency AMES Australia.

Then, four months ago, they took a leap of faith and leased a shop in Carlton… following in the footsteps of migrants and refugees down the decades.

“So far things are going well. Life in Australia is good for us. We are safe here and we are grateful to Australia,” he said.