Is the Global Compact on Refugees hindering resettlement?

Writing in ‘The Atlantic’ magazine, the pair say that the compact’s well-meaning intention to recast refugees as an economic benefit to nations that receive them could backfire. 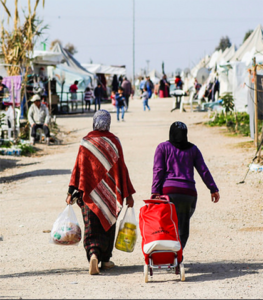 “But by furthering the premise that refugees should be accepted because of their potential for self-sufficiency—rather than out of a commitment to upholding international norms and the rights of refugees—the global compact may actually worsen their plight,” they say.

Dr Lama Mourad, of the University of Pennsylvania, and Dr Kelsey Norman, of the Baker Institute for Public Policy, argue that 12 twelve months after the compact was signed by 164 countries, refugees around the world remain in danger.

“The compact ostensibly seeks to ease the pressure placed on countries hosting refugees and to make refugees more self-reliant. It holds out hope that they can return to their home country if conditions improve. Failing that, the compact also attempts to ease their passage from the countries where they seek immediate asylum and toward third countries that might host them for the long term,” the pair write.

“Governments are encouraged to offer labour mobility opportunities for refugees, including through the identification of refugees with skills that are needed in third countries,” they say.

“This is a dangerous way to think about people in need. While governments are bound to have pragmatic concerns about how many refugees they can afford to take in, the rights of those whose well-being is in greatest peril are neglected when only the “best and brightest” refugees are selected for resettlement.

“Rather than further entrenching the right of states to select refugees with high economic or integration potential, the global community should move toward more effective and binding multinational solutions—such as a system of resettlement quotas based on a country’s GDP, and restrictions on the ability to define a resettlement scheme using criteria not specified in the 1951 UN Refugee Convention,” the academics say.

They say there is evidence that governments worldwide are acting in ways that blur the distinction between refugees and migrants and have been seeking more control over the selection of refugees.

“In practice, refugees have been treated like other types of immigrants, rather than being properly classified in a way that compels host governments to take responsibility for these individuals’ safety,” they say.

The pair say the compact has failed to address this issue.

They say the number of resettled refugees worldwide has barely changed, with about a thousand fewer settled in 2019 than in 2018.

“This outcome is hardly surprising, because the voluntary elements of existing refugee institutions have always been the most difficult to implement. Countries in the developing world provide havens for the overwhelming majority of refugees, and wealthy developed nations generally have not provided sufficient financial assistance – nor have they let more refugees resettle within their own borders,” the pair say.