Australia’s refugee and migrant communities are embracing volunteering as a way to combat feelings of isolation, despite many organisations lacking the resources to offer suitable training and support, new research shows. 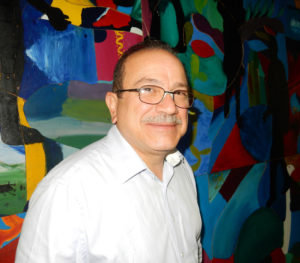 A survey by the Settlement Council of Australia (SCoA) and Volunteering Australia found 65 per cent of new arrivals to Australia engaged in volunteering within 18 months of entering the country.

This compares to 31 per cent of Australians overall who volunteer, according to the Australian Bureau of Statistics.

The report said the high level of volunteering in migrant communities reflected a desire for new arrivals to contribute to society, make friends, improve their English or gain local work experience.

“There are many factors that motivate migrants to volunteer,” said SCoA CEO Tammy Wolffs.

“Importantly, many migrants recognise how volunteering can help their future employment prospects and reduce their feelings of isolation,” she said.

The survey – taken from those involved in the settlement sector – found that migrants using these services enjoyed being supported by volunteers who have been through the service themselves.

But the report said that more support was needed to engage volunteers from diverse backgrounds.

Out-of-pocket expenses were identified as a barrier to volunteering for people from a migrant or refugee background, with 53 per cent of organisations reporting they did not reimburse their volunteers for general expenses incurred while volunteering.

Syrian refugee Tamer Antakly is volunteering to help other refugees as he studies to resume his medical career in Australia.

The medico was working in Saudi Arabia when conflict broke out in his homeland making it impossible for him to return to his home in Aleppo.

His family joined him in Saudi Arabia but as Christians, the cultural environment there was compromising his two daughters’ futures.

In 2015 he was granted a humanitarian visa to come to Australia and he has since been studying language and clinical courses to qualify to work as a doctor here.

At the same time, he has been volunteering with refugee and migrant settlement agency AMES Australia at Footscray.

“My work with AMES is to help people from similar backgrounds to my own to settle here,” said Mr Antakly, of Keilor Downs.

“I think I can be useful to people who are newly arrived as I speak both English and Arabic and I have gained some knowledge about life in Australia which I can pass on to them,” he said.

“Real estate is very different in the Middle East and many newly arrived people here do not understand how it works,” he said.

Mr Antakly, who was acknowledged at a recent AMES Australia volunteer week event, says that volunteering gives him benefit also.

“As well as a feeling of satisfaction in contributing to this country – which has given my family safety – I have learned a lot though volunteering; it has introduced me to life in Australia and helped me to understand how things work here,” he said.