Newly released data shows migrants are making a more significant contribution than ever to the Australian economy. 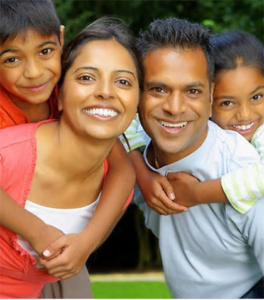 They show that 61 per cent of migrant taxpayers held a skilled visa and they reported $81 billion in total personal income, an increase of 5.8 per cent in real terms on 2015-16.

Migrant taxpayers with family visas reported $25 billion in total income, and were most commonly born in the United Kingdom (13 per cent) and China (12 per cent).

But the statistic also show that humanitarian entrants, or refugees, were significant earners in small business.

Migrant taxpayers born in the United Kingdom and South Africa reported higher proportions of investment income relative to their population size than migrants from the other top five countries of birth.

Thirteen per cent of migrant taxpayers born in the United Kingdom reported 25 per cent of total investment income ($781 million).

And 4.2 per cent of migrant taxpayers born in South Africa reported 11 per cent of total investment income ($343 million).

CEO of migrant and refugee settlement agency AMES Australia Cath Scarth said that the data made clear the contributions migrants and refugees were making to Australia’s economy.

But she said it did not measure the contributions made by new arrivals in terms of cultural richness, innovation and problem solving.

“We know from working with refugees and migrants that they bring with them innovative thinking, a knowledge of global markets and a lot of get up and go. So there’s an added dividend to our migration system that simple statistics do not capture,” Ms Scarth said.