Almost a third of Australians were born overseas with 7.5 million migrants living permanently across the nation, according to the latest Australian Bureau of Statistics (ABS) snapshot of our population.

The ABS says that 29.7 per cent of the population are migrants and last year Australia’s population increased by 239,600 people due to net overseas migration. 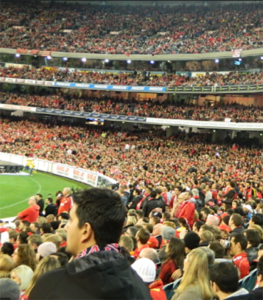 The data shows that before the COVID-19 crisis hit, the nation had the most diverse population since the gold rushes of the 1850s-90s.

The snapshot, which looks at statistics up to June 30, 2019, shows: all capital cities recorded net gains from overseas migration; the majority of overseas migrant arrivals and departures were on temporary visas; 404,000 people moved interstate, an increase of 2.9 per cent from the previous year, and; Sydney had the highest net internal migration loss – of 25,600 people – of all capitals.

The data shows every single country from around the world was represented in Australia’s population in 2019.

People born in England (986,000) continue to be the largest group of overseas-born living in Australia. However, this has dropped from just over a million recorded between 2012 and 2016.

Numbers of Australian born people (17.8 million in total) increased 186,000 during the year.

The ABS report says various waves of migrants from numerous countries over time, have had an important effect on the diversity of Australia’s population.

High levels of immigration in the years before 1891 resulted in 32 per cent of the population enumerated as overseas-born in the first country-wide census in 1891. In 2019 the proportion of Australia’s population born overseas was 30 per cent.

“There are differences in the age structure of people born in Australia and those born overseas. Australian-born people dominate the younger age groups, while the overseas-born increase from the 20-24 year age group which in part, is due to international students studying in Australia.

The main reason there are less overseas-born in the very young age groups is that most people are far less likely to migrate with young families.

“The report says the median age of the overseas-born population has gradually decreased from a decade ago to now be 43 in 2019,” the report says.

“Migrants from countries who were part of the post-second world war migration streams were now generally older, for example the Italian born population have a median age of 72 years. Whereas, those from more recent groups of migrant arrivals are younger, for example the Chinese and Indian born both have a median age of 34 years. This is the same as those born in Australia,” the report says.

The report also looked at the median ages of people born other countries.