Migrant students are 68 per cent more likely to participate in science subjects after the age of 16 than students from Australian backgrounds.

And first generation migrant students are 35 per cent more likely to participate in science subjects after 16 than students with Australian backgrounds. 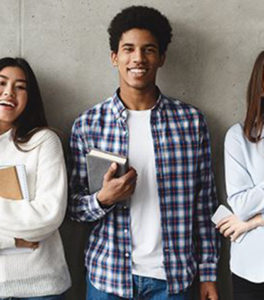 These are some of the findings of the recent snapshot of the Longitudinal Surveys of Australian Youth (LSAY), which have clocked up 25 years this year.

LSAY are a series of nationally representative surveys of young people that follow their transitions from compulsory schooling to post-school education and employment. The program has been conducted since 1995 and comprises six separate cohorts of more than 10,000 young Australians each.

LSAY aims to understand the lives of young people, and as a longitudinal dataset spanning more than 25 years, it provides detailed information relating to the transitions and pathways of young people. Survey items focus on education, employment, and changes in life circumstances as young people leave school and prepare to enter the work force.

The very latest iteration of the LSAY data, released this month, shows that young people today are completing university at higher rates than ever before.

There has also been a significant increase in the proportion of 25-year-olds doing further university study – including  a second or postgraduate degree – up from 6 per cent in 2009 to 9 per cent in 2019.

By contrast, Vocational Education & Training (VET) completions, which include apprenticeships and traineeships, is declining. The report says this likely to be an effect of changes to the labour market and VET funding arrangements. 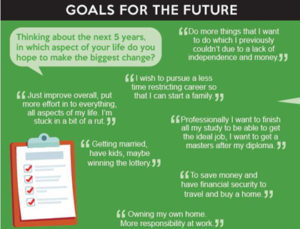 The LSAY data also shows young people are finding it harder to secure full-time work and are experiencing a different working life to previous generations. They are also completing their post-school study at a later age and as a result are working while studying for longer periods.

Jobs in retail, education and the health sector have long dominated the top five occupations for young people in 2009 and continue to do so, with nursing moving up into second place, the data shows. Clerical jobs have also increased during this period.

Those who were unemployed at age 25, which makes up just 4 per cent of these survey participants, were asked in the study about their perceived barriers to getting a job.

A shortage of jobs and a lack of work experience continue to be the biggest barriers to securing a job, the survey found.

Meanwhile, young people are now experiencing multiple barriers to finding work, with a significantly higher proportion of 25-year-olds reporting a range of challenges including suitable education, skills, health as well as self-esteem.

Rising housing costs and difficulty in securing full-time work have seen a decline in 25-year-olds buying their own home.

Young people are also spending more time in education and completing their post-school study at a later age. As a result, an increasing proportion are still living with their parents at age 25.

Today’s 25-year-olds were teenagers when the 2008 financial crisis struck. As a result, alongside rising education and housing costs and slow wage growth, today’s youth are adopting a more cautious approach to personal finance by saving earlier than previous generations, the survey found.

It found also that credit card use has dropped as young people shift to alternative payment methods such as ‘buy now, pay later’ services.

While the proportion of young people unable to pay their bills has remained largely unchanged when compared with those at the same age ten years earlier, it is still concerning that one in ten cannot afford to pay their utility bills on time, the survey noted.

In addition, the proportion of 25-year-olds unable to heat their home has more than doubled over the past decade.

The LSAY Y09 cohort, born between 1993-94, belong to the generation known as Generation Y.

“Since childhood, they have lived in a globalised world connected by technology and had the ability to travel. This is reflected in their goals expressed in a pre-COVID pandemic time to see the world,” the LSAY report says.

“They possess ambitions to start families, enter the housing market, progress in their careers and earn higher incomes,” it says.