Australia’s permanent migration intake has dropped to 160,000 – the lowest level in a decade, according to newly released immigration data. 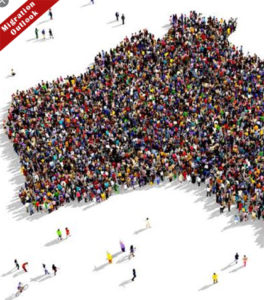 The government will cap the migration rate at this level for the next four years but business is concerned it could lead to a skills shortage, just as infrastructure programs are being rolled-out.

“If we say that there’s a need for skilled migrants in a technology sector or whatever the case is, the people who have the highest level of skills are the ones who get selected – so it’s not based on whether they’re from a particular country; it’s based on what their skills are,” he said.

The cap will include 23,000 regional visas a year.

The government is also offering international students an extra year on their visa if they decide to study in a rural school, in an attempt to attract more people to the bush.

But, some experts say Australia’s permanent migration intake could drop by more than 10,000 people this year due to two major changes introduced by the Federal Government.

And communities in regions desperate for population growth may be the ones to feel the biggest impact.

But according to a prominent migration expert — the Government might struggle to get to even 20,000 visa grants within these schemes.

Migration researcher Henry Sherrell said given significant changes to policy, “it will be difficult” to fill 160,000 places.

The regional visas won’t be available until November, and Mr Sherrell said it would take time to attract people, process applications and grant visas.

“Traditionally, it takes more than a single financial year to get a new visa off the ground and induce applications,” he said.

“It takes time for people to understand the rules and for the Department of Home Affairs to have processes in place to assess applications.”

Mr Sherrell said a decline in permanent visas would play an important role over the long-term.

“While this may not have an immediate short-term effect on the actual rate of migration to and from Australia, history tells us it will play an important role over the longer term, as people who are unable to transition from a temporary to a permanent visa consider leaving Australia instead,” he said.