As migration policy is emerging as a key debate in the 2019 federal election new research shows that people living in the places most strained by population growth are the least likely to be demanding curbs on immigration.

He found that none of the areas in the top 20 percent of opposition to population growth and immigration were in Sydney or Melbourne.

Instead, based on the nationwide polling, the place where residents were least likely to be opposed to population growth was Surry Hills, an inner suburb of Sydney where housing prices have skyrocketed and traffic can be suffocating.

Australia is one of the world’s most sparsely populated countries. It is also among the most urbanised, and the traditional ‘great Australian dream’ is all about elbow room and a backyard.

Overall, the ANU research, which surveyed 2000 people, found just 30.4 per cent of respondents believe Australia needs more people, compared to 69.6 per cent who felt the country did not.

Support for a big Australia has fallen significantly since a similar question was asked in 2010, when 45.8 per cent of respondents felt the country needed more people.

But Dr Biddle said the main reasons cited by those who don’t support population growth include concerns about traffic, congestion, housing affordability and employment.

“It is not necessarily migration itself, and particularly reaction to migrants themselves, what it is – is the view that the infrastructure investment, our training, our education system, our increases in supply of housing has not kept up with population growth,” he said.

“So, one response to these findings might be to reduce the size of the migrant intake. Another response might be to make sure the infrastructure investment and the benefits that we get from a growing population are counterbalanced to ma 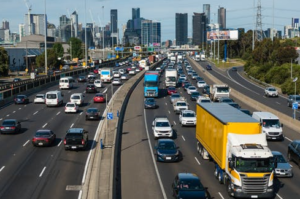 ke sure we are not getting those negative effects,” Dr Biddle said.

Dr Biddle said those who support population growth cite the economic benefits, the need for a skilled workforce and easing overpopulation overseas as the main reasons.

“I think what people want to make sure those gaps in the workforce are being filled but to make sure that is not being done at the expense of training of either the Australian born population or of recent or previous cohorts of migrants,” he said.

Prime Minister Scott Morrison has flagged a reduction to the cap on permanent migration from 190,000 to 160,000. This includes a freeze on Australia’s annual refugee intake at 18,750 for the next three years.