Less than a week after the murderous attack on a mosque in Christchurch, Prime Minister Scott Morrison announced a plan to fundamentally change Australia’s immigration arrangements. 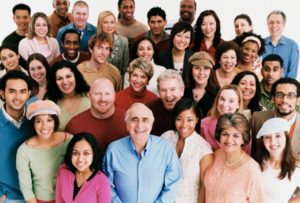 Although not linked, the two events are emblematic of what is shaping as a watershed moment in Australian history.

In announcing cuts to immigration numbers, Mr Morrison said he was “addressing a fundamental challenge to the nation”.

The government’s plan amounts potentially, if the coalition wins the federal election, to a turning point for Australia – a nation that has been shaped by new arrivals for all of its history.

Australia as a geographical entity and a society has been transformed and upended several times by waves of migrants – going back to the arrival of the first peoples and of Europeans.

But more recently, it has been a model of how immigration, properly managed, can strengthen a country.

Now, with global movements against immigration on the rise and upending politics in the United States, Britain and much of Europe, Australia may be following the insular trend and reversing a policy of welcoming nation-building skilled foreigners.

The Prime Minister has framed the move as a panacea to overcrowding and pressure on infrastructure.

“This plan is about protecting the quality of life of Australians right across our country,” he said.

And it’s true some research shows Australians’ views of population growth have hardened over the past year.

But some commentators say ‘quality-of-life’ actually mask a deeper negative view about a new wave of non-European immigration.
But what are the facts around population growth?

Australia’s population has grown by nearly 40 percent, from 18 million to 25 million, since the 1990s, and most economists says that the nation’s record-breaking 27 years without a recession is a direct result of this surging immigration.

Most of the almost five million migrants who have arrived since 1980 have been skilled migrants, especially since 2004, when an average of more than 350,000 students and skilled workers arrived each year.

According to the 2016 census, almost a third of Australians were born overseas, compared to 13.7 percent of the population in the United States and 14 percent in Britain.

Six of the top ten source countries of migrants are now in Asia, with China and India at the top of the list.

It’s clear the coalition believe immigration is an issue they can campaign on.

The government has slowed visa approvals, and plans to cut annual immigration by 30,000 people, to 160,000 a year, a reduction greater than any since the early 1980s.

There is also a plan to shift work visas to steer new arrivals away from the big cities.

Labor has mostly tried to avoid the issue, perhaps believing it is one that stirs up conservatives more than its own base.

It seems that there are two competing visions of Australia: an Australia that embraces long-held traditions and values; and, an Australia that is trying to reshape itself to face the fact of its growing diversity in a more globalised world.

Maybe, the trick will be to find a balance between these two paradigms.