Australia has a chronic lack of data about its culturally and linguistically diverse communities which is handicapping planning for the nation’s future demographics, a major conference on diversity has been told.

The 2019 Federation of Ethnic Communities’ Councils of Australia (FECCA) conference heard that data collection about CALD communities was not consistent across sectors, open to varying kinds of definition and not mandatory for many service providers. 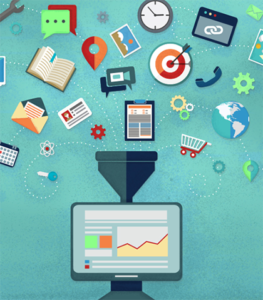 “Data on service use, especially in the health sector is not consistent. Researchers are often not including CALD cohorts when they collect data,” Mr Coase said.

He said there was little data integration across sectors and the overall reliability of data sets depended of the quality of the base data, he said.

“There is no mandatory segmenting of CALD data among government departments and this has implications for planning for future service delivery,” Mr Coase told the conference in Hobart.

Ruth Das, a researcher at Mental Health Australia, told the conference that to know what Australia really looked like demographically, better collection of data on CALD communities was needed.

“We need to know if people from CALD communities are getting the support and outcomes they need,” Ms Das said.

“Unless we know who is using services and what the outcomes are, we can’t design a service. The risks, if we don’t collect CALD data, are poor planning and unmet needs,” she said.

The conference hard that one of the issues researchers grappled with was the definition of what constitutes an ethnic group and that tis had changed over the decades.

Jennifer Dobak, of the Australian Bureau of Statistics, said that currently there were 12 indicators of ethnicity.

“There are four core indicators: country of birth; having a main language that is not English; proficiency of spoken English, and: whether someone is indigenous,” Ms Dobak said.

The conference also heard that it can take up to four years to get new sets of data.

“It can take four years to get new data sets. You need agreement between the various agencies and states on definitions. Then we need to collect the data and analyse it,” she said.

“However, what we are seeing in the new sets of data we have is that there seems to be lower participation rates among CALD cohorts in things like health services and residential aged care,” Ms Schroder said.

She said researchers were currently working on acquiring new data on homelessness among CALD groups.