The 2019 Lowy Institute Poll has revealed shifting public perceptions around immigration in Australia, with attitudes towards migration seemingly continuing to harden.

As Australia experiences its most divisive public dialogue around immigration in decades, the survey does show that fewer than half of Australians (47 per cent) now believe that the rate of migration to Australia is “too high”, down from 54 per cent last year. 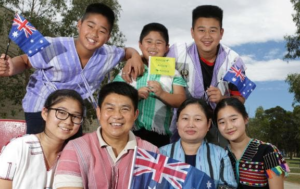 This is, however, still ten points higher than in 2014, showing how exceptional the recent negative perception is compared to past trends.

Furthermore, the survey’s other results reflect negative trends in perceptions towards both immigration and immigrants themselves, while suggesting a likely reason why.

As explained by the poll’s lead researcher, Natasha Kassam, “For the history of our polling, a majority have always said that immigration is positive, and that immigrants strengthen our country. Now, a majority also says our major cities are overcrowded.”

Support for statements that ‘overall, immigration has a positive impact on the economy’ (67 per cent), ‘immigrants strengthen the country because of their hard work and talents’ (65 per cent), and ‘accepting immigrants from many different countries makes Australia stronger’ (62 per cent) remains high.

In each of these categories, however, support is lower than has been seen throughout the last few years, with the final statement in particular dropping ten percentage points in approval since 2016.

The poll also reported an increased perception of migrants as ‘a burden on our social welfare system’, by 8 points to 48 per cent support in the 2019 edition.

The authors of the Lowy Institute Poll say that this may be due to increased pressure and attention on cities and infrastructure – 71 per cent of participants agreed with the newly added statement that ‘Australian cities are already too crowded’.

“We asked about crowding, which has dominated the debate over the last few years- we’ve had a number of state-level officials coming out and saying they didn’t have the infrastructure to deal with it. That 71 per cent (of participants) said the cities are too crowded is quite significant, because you have a lot of people saying immigration is otherwise positive, a positive perception of migrant contributions as well, but most of these same people are also worried about congestion,” Ms Kassam said.

“This to me stands out as what’s driving the shift in the other views we measure- around immigration’s impact on jobs, welfare etc. These are still minority views but significant minorities, so it is important to try to understand their motivations,” she said.

This understanding of public opinion mirrors the Australian government’s focus on reframing its immigration program to direct more migrants into rural areas, the key feature of their pre-election dialogue around migration.

The report also took occasion to elucidate the generational difference in these attitudes.

In all of the examples cited by the report, 18-44 year-olds were significantly more likely than those 45 plus to answer with a positive perception of migration and migrants in Australia.

For instance, while 20 per cent more young people agree that ‘immigrants strengthen the country because of their hard work and talents’, 23 per cent more individuals 45 and over believe immigrants are ‘a burden on our social welfare system’.

Finally, the survey also states that the majority of Australians are not worried about the impact of Australia’s controversial border protection policies, despite the negative attention they’ve received internationally in recent years.

While 40 per cent of Australians think they make no difference whatsoever to our reputation, 30 per cent believe it helps while only 28 per cent feel it has a negative impact.

The Lowy Institute survey, which surveyed 2130 Australian Adults in March of this year on a broad range of topics extending outside of immigration to national security and technology, can be found at Lowy Institute Poll 2019.