A new refugee peak body seeks to inject the authentic views and concerns of real-time refugees into the national conversation.

The fledgling organisation, the ‘Refugee Communities Association of Australia’ (RCAA) says it is ready to give refugee communities in Australia direct representation. 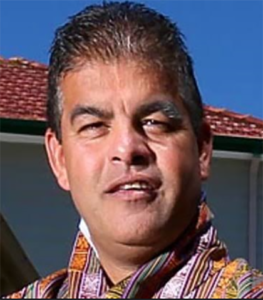 The group’s organisers says it aims to empower refugee communities across Australia, enabling them to take direct, active roles in Australia.

They say the independent peak refugee advocacy agency will work with all governments at all level to develop a positive relationship and provide meaningful services to refugee communities in order to facilitate successful settlement and integration.

The new body appears to be at odds with the Refugee Council of Australia, the long-standing advocacy group for refugee communities.

Inaugural chair of RCAA Mr Juma Peri Peri says the new group is a refugee voice for all people of refugee backgrounds and their organisations in Australia.

He said the RCAA was a not-for-profit, non-political, non-religious community

Organisation providing an authentic national voice for all people of refugee backgrounds and their organisations in Australia.

Former Refugee and 2019 Queensland Local Hero of the Year Mr Elijah Buol, OAM, said that he was “very pleased to see refugee communities coming together under one umbrella because many of their issues have always been advocated by external agencies who do not understand their challenges and concerns”.

Mr Buol said he hoped the new body would “allow refugee communities to fully participate and take full responsibilities of their needs and collaborate with government in order to facilitate better integration and positive contributions for refugee communities in modern Australia”.

He said RCAA aimed to work with all government agencies at all levels by developing a positive relationship and connecting refugee communities directly with the government departments and service providers.

“We, Refugee Communities believe this will create opportunities and platforms that will benefit our communities. We hope to work towards ensuring all voices of refugee are well represented by those with the lived experience on the national, regional and international stage,” Mr Sharma-Luital said.

RCAA Women Chairperson Ms Nasiba Akram said “the pain and suffering of refugees can only be felt by those who have experienced this journey themselves”.

“It is those hands which are best equipped to heal the wounds” Ms Nasiba said.

The new body appears to be at odds with the Refugee Council of Australia, the long-standing advocacy group for refugee communities.

Mr Sharma-Luital said RCAA will provide a voice on issues ranging from grassroots to national level.