A new tool developed to measure workforce diversity promises to help businesses and organisations exploit the advantages of cultural diversity.

Developed by cultural enterprise Cultural Infusion, the ‘Diversity Atlas’ tool analyses diversity within a given response-group and presents results via interactive info-graphics and key narrative facts. 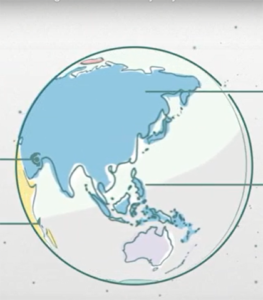 Its makers claim this empowers organisations to engage with, celebrate, and leverage the power of diversity to achieve a range of goals for communities and institutions, and to explore different approaches to creating harmonious intercultural environments.

Founder and CEO of Cultural Infusion Peter Mousaferiadis says the Diversity Atlas is built on some foundational ideas about the power of culture as an enabler of innovation, inclusion and the corporate advantages to be gained by recognising and learning how to leverage cultural diversity.

“Diversity is a fantastic thing if you know how to manage it,” Mr Mousaferiadis said.

He said one of the biggest mistake organisations can make is to simply ignore diversity.

“This may manifest in a company deliberately not recruiting staff from certain backgrounds or genders, but more commonly, companies recruit diverse staff from various backgrounds but then expect everyone to behave the same and ‘fit in’ to a pre-existing organisational culture,” Mr Mousaferiadis said.

“The benefits of diversity are varied, but all of them are predicated on the active and deliberate bringing together of diverse perspectives around shared goals.

“By expecting staff to ‘fit in’ to what are often rigid organisational cultural norms, this puts pressure on employees to make sure that important differences about themselves do not count.

“If everyone behaves the same and looks at the world the same way, diversity cannot lead to creative problem-solving, or enhance creativity and innovation, because everyone will approach problems through the same lens. This ‘compliance only’ approach to diversity limits it to the point of almost nullifying its true power,” Mr Mousaferiadis said.

He said that in order to be truly impactful, diversity should be represented across various functions and levels within an organisation.

“Assumptions that certain genders or cultural backgrounds ‘don’t do well in certain roles’ can limit a person’s career choices. This unfair stymying of the careers of staff considered to be diverse damages career aspiration and staff development, which in turn makes staff less likely to contribute to their full potential and less likely to stay, both of which have a direct negative impact on business performance,” Mr Mousaferiadis said.

He said diversity is transformational only if it is allowed it to have that power.

“It is leaders who need to take ownership of and be accountable for diversity initiatives, not HR,” Mr Mousaferiadis said.

“Diversity initiatives are often under-supported in terms of influence and over-burdened with the administration of diversity,” he said.

“Doing so requires institutional commitment, by creating an authorising and enabling environment at all levels whereby all staff who lead teams understand the importance and impact of diversity and are actively supported and trained not just in cultural competency but in agile ways of working that enable diversity to be leveraged,” Mr Mousaferiadis said.

He said the right to self-identification was a key step in empowering individuals and groups.

“From the outset we wanted Diversity Atlas to be a tool that had the power to reflect how people saw themselves, in their own eyes,” Mr Mousaferiadis said.

“This is why we’ve based our lists of languages and ethnicities that users of Diversity Atlas can choose from on the most exhaustive databases available, such as Ethnologue and the United Nations.

“We realised that in order to be as inclusive as possible we would have to extend this freedom of choice to religion as well.

“But where would that leave people who didn’t hold a religious belief? We decided therefore to include the category of ‘worldview’ to capture the different ways of seeing the world that were either non-religious or didn’t fit into the usual definitions of religion.

“Users of Diversity Atlas are also given the opportunity to select more than one worldview to reflect the fact that many people subscribe to more than one way of understanding the world,” Mr Mousaferiadis said.