Women and children would be hardest hit by the UK government’s plans to change Britain’s immigration and asylum system, human rights groups say.

Campaigners say that, if approved by Parliament, Home Secretary Priti Patel’s “New Plan for Immigration’ could see a disproportionate number of women and children being turned away. 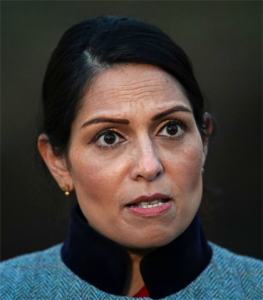 They say the proposed ‘Judicial Review Bill’ will prevent immigrants and refugees from challenging deportation orders via judicial review in the UK’s High Court.

The bill also seeks to remove people who come to the country illegally, even if it is to claim asylum.

Activists say more than two thirds of those who would currently be accepted under the UK Home Office’s family reunion system would be rejected under the changes.

As a result, those fleeing war and persecution at home could resort to taking dangerous smuggling routes to join their loved ones and live their lives under the radar, the campaigners say.

Currently, the family reunion scheme allows refugees to apply for their family members to join them, but many would be deprived of this as they would be considered ‘illegal’ based on how they travelled.

Of those arriving through the scheme, 3,500 out of the 5,800 yearly average are women and children, according to figures released by the NGO Together with Refugees.

The data also shows that the 5,800 people arrive via this channel each year is more than the 5,000 under the often more lengthy resettlement scheme.

Under the New Plan for Immigration, it is projected that 9,246 of these people would no longer be accepted as refugees – meaning that two in every three women and children currently accepted by the UK as refugees would be turned away in the future

Campaigners say depriving people of their reunion rights betrays the principle of asylum and that people often flee without documentation or knowledge of the proper channels.

Often when families flee war, fathers and older male siblings leave women, children and elderly relatives behind, take dangerous routes to the UK and then apply for their families to join them later.

Scottish Refugee Council CEO Sabir Zazai said: “These are mothers escaping war-torn Syria, women fleeing sexual violence in Congo or children escaping life-long conscription into the military in Eritrea. These are people in fear of their lives. These are people like me. These are also people like you, people who want to live in safety and dignity.”

Mr Zazai said the change contradicted the Home Secretary’s speech introducing the plan, when she said that most people arriving in the UK via small boats were men.

“Where are the vulnerable women and children that this system should exist to protect?” he said.

Together with Refugees and its coalition partners are calling for a more effective, fair and humane approach to supporting refugees.

“We urge the Government to rethink its proposals and stand up for people’s ability to seek safety in the UK, including those who overcame hardship to find any route they could to escape,” the group said in a statement.