Australia is doing well on a list of countries rated for their human rights records with high comparative levels of quality of life and safety.

The Human Rights Measurement Initiative (HRMI) – a global non-profit data analysis organisation based in Wellington, New Zealand – has rated 218 countries on their performance in affording basic human rights to their citizens. 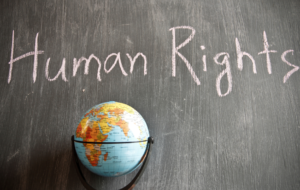 Australia scored 95.3 per cent on the ‘quality of life’ metric, which includes things like rights to housing health and education, as well as work and food.

It scored 80 per cent on a measure of ‘safety from the state’, which includes rights such as freedom from arbitrary arrest, freedom from disappearance and torture and freedom from execution.

Australia scored 71 per cent on a measure of empowerment, which includes rights such as opinion and expression, participation in government and the right to assembly and association.

The HRMI is a unique collaborative venture between human rights practitioners, researchers, academics, and other human rights supporters.

Its goal is to produce the first and best comprehensive set of metrics for tracking the human rights performance of countries.

The HRMI data showed the US is doing abysmally in several key categories, including the right to freedom from extrajudicial killing, the right to participate in government, and the right to be safe from the state.

Of the 12 human rights categories, from press freedom to quality of life, measured there are several in which the US has “strikingly poor results,” according to the report’s authors.

When compared with five other high-income Organisation for Economic Cooperation and Development (OECD) countries the group looked at – Australia, Mexico, New Zealand, South Korea, and the United Kingdom – the US performs worse than average on empowerment rights, such as the right to participate in government, and on the right to be safe from the state.

The report, released this month, looked at three broad categories of human rights globally: empowerment, safety from the state, and quality of life.

A group of experts, including human rights advocates from large organisations like Amnesty International and Human Rights Watch as well as human rights lawyers and journalists, were surveyed to produce the first-of-its-kind examination of safety from the state and empowerment for 19 countries.

Separately, publicly available statistics from international databases were used to produce data for 170 countries on five categories of quality of life, which were paired with survey responses where available.

The number of experts that said immigrants are at risk for disappearance climbs to one-third of respondents.

Eighty percent of the report’s human rights experts cited refugees or asylum seekers as particularly at risk for torture, especially LGBTQ people seeking protection at the US border.