AMES Australia is producing and posting online in-language videos to help explain to the communities we support how they can reduce their risk of contracting the COVID-19 virus.

The videos and other resources are available on YouTube and through other social media. 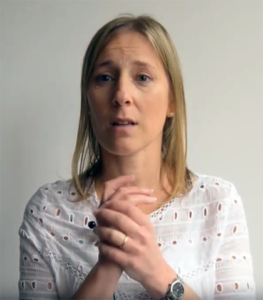 They convey the basic messages being released by the health authorities around hygiene and social distancing.

So far, there are videos in 14 languages as well visual graphics explaining things like hand washing and social distancing.

AMES Australia CEO Cath Scarth said the initiative was intended to get messages around CONVID-19 protocols to AMES clients as well as to members of diverse communities who may not be able to access information in English.

“The intent was to get this information out to people who might otherwise not receive it. We see it as part of our mission at AMES Australia to try to get these important messages out to the communities we work with,” Cath said.

Introducing the Parliament of Victoria to CALD communities

AMES Australia has assisted the Parliament of Victoria produce a video in Arabic to explain the workings of parliament to new arrivals from the Middle East.

AMES Australia representatives Osama Butti and Amira Awad Almsallam spoke to the cameras in Arabic to explain what happens in Parliament.

Osama is from Iraq and undertakes a range of casual roles with AMES, most recently as a Community Champion raising awareness of the NDIS to CALD communities and Amira is from Syria and was a Humanitarian Settlement Program client with AMES.

AMES Australia Youth Services Pathway Coordinator Matt Scott has a second life as a rap musician and he’s using his talents to engage with young people.

When he’s not supporting disengaged youth in Mildura through the ‘Reconnect’ program he is often writing and performing music.

“It’s just something I enjoy doing in my spare time, but it does help me engage with the young people I work with,” Matt said.

“There was one young man Moses I worked with who also had an interest in rap. To build a repour with him, I suggested that we record a song together. The song turned out pretty good,” he said.

“He has gone on to complete an accredited course and has gained employment as a direct result of his course completion,” Matt said.

Matt, like many people, is working from home four days a week during the COVID-19 pandemic.

“I’m keeping isolated as much as much as I can. And I’m telling the young people I work with to do the same and stay indoors,” he said.

“In high school I had a few friends who were really interested in that type of music. We used to listen to the liked of Tupac and Biggie and I could really relate to some of the lyrics,” Matt said.

“One day a friend put on an instrument al and just started writing to it. I thought I could actually do this if I practised,” he said.