Opinion – has the West failed the Syrian people?

Syrian President Bashar al-Assad has now been in power for two decades.

As the conflict in the nation winds down it has become clear that al-Assad longevity is largely due to support from Russia and Iran. 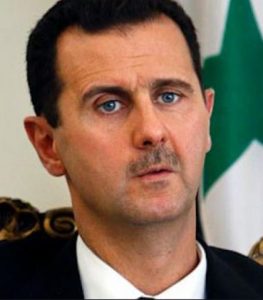 But there is also an argument to be mounted that it is also because the West has abandoned groups seeking reform in Syria.

Al-Assad is basking in the warm napalm-fuelled afterglow of his 20 years in power.

Recently, he has been able to crack down on the democratic uprising of 2011 — Syria’s “Arab Spring” — and thanks to massive military help from Russia and Iran he has all but won the civil war that followed.

The Syrian Government’s opponents, who now amount to just a few Islamist militias, currently control only small parts of the country.

The West seems to have decided that compared to ISIS and other terrorist militias, whose brutal practices were featured on TV screens across the globe, al-Assad is a lesser evil.

Signally, Western governments and commentators seem to have stopped calling for his resignation.

And though it once had many sympathizers in Europe and the US at first, Syria’s democratic opposition now seems to have been marginalized.

The fact that al-Assad power is now even more entrenched than ever is more to do with the West’s failure than with Russia and Iran.

The US under President Donald Trump has shifted its focus on to itself and has been making a craven strategic withdrawal from the region.

Under President Obama, the US had already declared its intent, or lack thereof, when it did not act upon the threat to intervene militarily if the al-Assad regime “crossed the line” and used chemical weapons on its own citizens.

The European Union, meanwhile, has concentrated on humanitarian aid and is focused on preventing more refugees arriving from Syria and the Middle East.

The EU has an agreement with Turkey, which now acts as a ‘gatekeeper’ for people trying to get into Europe.

As all this goes on there is a humanitarian disaster unfolding in Greece and other neighbouring countries.

As the trials begin in Europe of Jihadist terrorist Syrians suspected of war crimes, the question has to be asked: ‘When will Assad and his supporters be held accountable?”.

And maybe one day there will be an inquiry into the questionable role of the Gulf States and Turkey in the funding of armed groups.

But it is clear the main political responsibility for the deaths 500,000 people and the displacement of 6 million more rests with al-Assad.

But Syria’s president may never be held to account for the chemical attacks and bombings of schools, hospitals and other civilian areas. And that’s largely because he still has friends in Moscow and Tehran.