Displaced and refugee women and girls in Africa are suffering increases in domestic and sexual violence during the COVID-19 pandemic, according to an alarming new report by the International Rescue Committee (IRC).

The IRC report says that existing humanitarian responses have largely failed to provide adequate protection for vulnerable women in Africa. 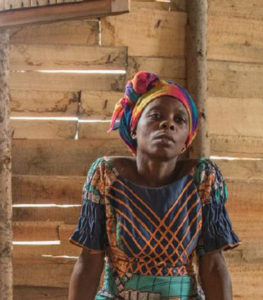 Almost three-quarters of refugee and displaced women surveyed reported increased domestic violence since the start of the pandemic, 51 per cent reported an increase in sexual violence and 32 per cent said forced and early marriage was more common.

The respondents to the IRC survey said lock-down restrictions, worsening economic conditions and stress contributed to increased violence against women.

The study found younger women and girls were put at greater risk of sexual abuse and exploitation by school closures and hygiene measures requiring more frequent collection of water.

More than 850 refugee and displaced women from 15 countries across East Africa, West Africa and the Great Lakes region were interviewed.

“As COVID-19 spread across the globe, gender-based violence (GBV) experts and women’s rights activists around the world raised the alarm that the pandemic and its ensuing movement restrictions would negatively impact the safety of women and girls,” the report said.

“This was evidenced early on by concerning reports from feminist activists and GBV service providers in China, Italy, Spain, and Brazil, amongst others,” it said.

“The women for example reported how the stress of the lock down and its economic repercussions triggered increased violence by their husbands but also highlighted the new dangers affiliated with checkpoints set up by security personnel to regulate the movement of people,” the report said.

“A specific area of concern flagged by women across all three regions, was the increased need for water collection, due to the new hygiene practices.

The report said that in the first months of the response to COVID-19 many people within the humanitarian community failed to take into account lessons learned from the Ebola crises in West Africa and DRC on the gendered impact of public health emergencies and the need to adequately centre women and girls from the earliest stages of humanitarian response.

“Some experts even suggested that the attention given to gender based violence (GBV) in the media may have clouded the fact that not nearly enough was being done to address it in the response,” it said.

“Despite swift and coordinated international advocacy efforts, funding was neither sufficient nor proportionate to the resources dedicated to the overall response and the Global Humanitarian Response Plan (GHRP) failed to provide an accountability mechanism,” it said.

“GBV accounted for only 0.48 per cent of the overall funding appeal of the GHRP (as of August 2020). The GBV experts interviewed reported funding being withdrawn or re-directed to infection prevention and highlighted that both donor preferences and implementing organisations’ requests often failed to prioritise the safety and needs of women and girls,” the report said.

“The findings of this report highlight the importance of the active and meaningful participation of women activists, community respondents, and women-led organisations in upholding service provision and the need to properly recognise, support and resource their essential role,” the report concluded.

“Donors must put words into action by increasing the levels of transparent and accountable funding for lifesaving GBV services through humanitarian response plans, during COVID-19, and in efforts to ‘build back better’ in the years to come,” it said.