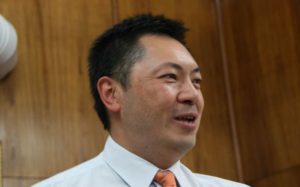 In his first major address in his new role, at the international Metropolis Conference in Sydney last week, Commissioner Tan said race relations had become more turbulent in Australia in recent times.

“Recently in Pittsburgh in the United States, the killing of eleven innocent people in a place of worship, has been described as the deadliest attack on Jewish people in American history,” Commissioner Tan said.

“And we must, if we are to be honest, reflect on the increasing re-emergence of racial extremism in Australia, too. We have seen, far too often, the manifestations of emboldened racial supremacy movements and agitation, the language and messaging of which has spilled into mainstream public and political debate,” he said.

“As a successful multicultural society, we should be clear that there is no place for racial prejudice, discrimination, or intimidation. As Australians, we should consistently stand together to oppose racism and racial supremacy in any form.”

Commissioner Tan said he looked forward to working with community leaders to tackle some common challenges.

“The success of Australia’s multiculturalism and immigration program should be acknowledged, celebrated and fostered. But our multicultural society is always evolving, as our country grows more diverse and welcomes migrants from many corners of the world,” he said.

“Our challenge is to make our multiculturalism resilient, so that no one is excluded or left behind”.

Commissioner Tan said he would use his role to promote community understanding and awareness about the Act.

“I appreciate and recognise that my role is fundamentally to protect and educate Australians against racism and racial discrimination in all forms and to advocate for equality of all Australians regardless of their race. I have a responsibility to help make sure that Australians are not abused, denigrated or denied equal and fair opportunities and rights, as Australians, because of their race,” he said.

“I do not take my new job as Race Discrimination Commissioner lightly, and I am aware that many Australians are putting their faith in me, and in this role, to do the job with passion and independence. I hope I will serve the Australian community well over the next five years,” Commissioner Tan said.