Refugees and children may be forgotten issue as UN meets

As the list of geo-political issues grows daily – with Brexit, posturing in the Persian Gulf, trade tensions with China and a more imminent climate change catastrophe – the UN’s High Commissioner for Refugees faces a serious task in keeping the world focused on the global displacement crisis.

A year after promoting two landmark global compacts on refugees and migration, Filippo Grandi faces the challenge of grabbing back some attention for the refugee issue this year’s UN General Assembly. 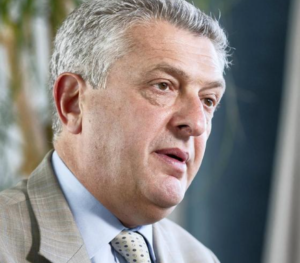 But he has some compelling evidence to update the world’s leaders with – including some grim data about the prevalence of children among the world’s displaced.

The UNHCR revealed recently that the number of displaced people had risen by 2.3 million in 2018 to 70.8 million – equivalent to 37,000 a day – and half of those were children.

Mr Grandi blamed the spread of conflict for the high proportion of children.

“What we are seeing in these figures is further confirmation of a longer-term rising trend in the number of people needing safety from war, conflict and persecution,” he said.

Of the total, there were 3.5 million people waiting for asylum at the end of last year. Fewer than 100,000 had been resettled during the year.

The preponderance of children in the figures demonstrated the urgency of doing more to help those forced from their homes, Mr Grandi said.

The gap between the overall figure of nearly 71 million and the 3.5 million classed as refugees has led the UN to adopt a dual focus: on refugees and on the wider situation of migration.

This year, migration does not have the priority on the General Assembly agenda that it held in 2018.

But Mr Grandi says that there are opportunities that must be unlocked in the situation. His view is that refugees need not only to survive their plight but find opportunities to thrive.

In an interview in January, Mr Grandi said it was vital to change perspective at time when people were spending an average of 26 years in refugee camps.

“The global refugee compact is the first ever attempt that we have made to redefine the responses to the refugee crisis by enlisting or including the support of many other actors,” he said, following the adoption of the migration compact.

“The refugee responses until now have been seen as humanitarian action, which of course it is but it is not only that, because refugees on the move create development needs. The most typical example is education but it includes employment and livelihoods and other needs,” Mr Grandi said.

Much of the UNs focus this year has been dealing with migration crises and particularly how they affecting children.

It criticised the US over the conditions imposed on children crossing the border with Mexico.

It has invoked the compact on migration to remind countries under pressure over child detention practices.

“Detention of children based on their migratory status is thus never in their best interests,” the UN Network on Migration has said.

“Community-based programmes, case management and other human rights-based alternatives have proven highly effective and all governments should work to replace immigration detention for children and families with appropriate reception and care arrangements,” the network said.