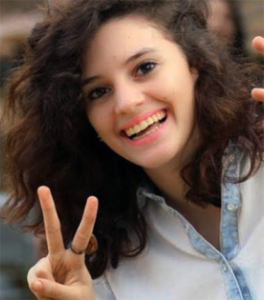 The annual scholarship will be funded through a $700,000 one-off contribution from the Victorian Government and La Trobe University covering course fees, equivalent of up to $660,000.

Aiia Maasarwe, a Palestinian woman with Israeli citizenship, died in January after being attacked on her way to her home. Aiia was studying at La Trobe University.

There was a public outpouring of grief for Aiia and support for the Maasarwe family including students and staff at the university holding a vigil to honour Aiia, with community vigils also held at Parliament House and on the number 86 tram route.

Members of the Maasarwe family have met with representatives from La Trobe University and Premier Daniel Andrews to finalise arrangements for the scholarship.

“Victorians were united in sadness at Aiia’s death. This scholarship is a small way that we can remember Aiia, the promise she had and the inspiration she has provided to improve our world,” he said.

“The life-changing power of education was very important to Aiia and to her family. This scholarship will create new opportunities and leave long-lasting benefits for generations of young people,” Prof Dewar said.

“The La Trobe community will always remember Aiia as an intelligent, warm and generous student. We are honoured to partner with the State Government to deliver the Aiia Maasarwe Memorial Scholarship in perpetuity and thank Premier Andrews for supporting this initiative,” he said.

Codey Hermann, 20, has appeared in court charged with Aiie’s murder.

Mr Herrmann, 20, was an aspiring rap artist and regularly posted lyrics from his songs on a Facebook page under the rap name McCodez.