The research suggests the skills of many migrants are wasted and has recommended that workplaces be required by law to give equal opportunity to migrants. 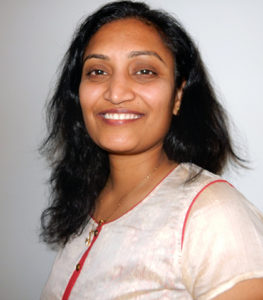 Eddy Ng, Professor of Organisational Behaviour at James Cook University led a study that interviewed skilled migrants on their experience in Australia.

His research has revealed the handful of factors that can decide if migrants thrive or fail after they arrive in Australia.

“Australia has been aggressively pursuing skilled migrants to sustain its population and foster economic growth, but many skilled migrants see their careers stall when they come to Australia,” Professor Ng said.

He said that based on the most recent census data, only 57 per cent of doctors, 29 per cent of engineers and 22 per cent of accountants were employed in their respective fields within five years of coming to Australia.

The research team interviewed migrants who were permanent residents or naturalised citizens, from non-English speaking backgrounds. They looked at migrants’ experience on the personal, organisational and societal level and mapped it against their success.

“On the personal level, we found that participants who migrated at a younger age, hold Australian qualifications and take up Australian citizenship are more likely to report an increase in job satisfaction and an upward career move after migration,” Professor Ng said.

He said that on the organisational level, when migrants experience a greater sense of inclusion at work through their informal interactions with local-born Australians, they also report better career outcomes.

“Our finding is notable as it shows organisations play an important role in helping migrants, a factor that is beyond government policy initiatives and individual agency,” Professor Ng said.

He said it was possible that informal connections in the workplace were more important to migrant success than formal company initiatives because they were perceived as more genuine.

“We also found that migrants living in a neighbourhood with a greater proportion of families from the same country of origin were slightly more likely to report a positive shift in job satisfaction,” Professor Ng aid.

He said the findings of the study suggest that organisations should promote a work culture that encourages positive and meaningful interactions between migrants and Australian-born employees.

On average, participants were 30.6 years old when they migrated, and at the time of the survey, had spent 2.6 years in Australia.

Seventy-seven per cent of respondents are from Asia (South, East, and Southeast), 8 per cent from the Middle East, 7 per cent from Europe (West and Central Europe), and 4 pwer cent from Africa.

Meanwhile, another study shows that intensive support for skilled migrants soon after they arrive can improve employment outcomes significantly.

An evaluation of the Skilled Professional Migrant Program (SPMP) run by migrant and refugee settlement agency AMES Australia, found that among skilled migrants, there is both a lack of understanding of Australian workplace culture and job market standards; as well as limited knowledge about how to navigate a large uncoordinated system of information about finding employment.

But a majority of skilled migrants surveyed in the evaluation said the programs that do exist, such as the SPMP, provided valuable support in finding work.

“87.30 per cent of survey participants believed that it would have helped them to find a job in Australia more suited to their skills and experience if they’d known earlier about the SPMP,” the study said.

An earlier evaluation of the SPMPs found that after completing the program, 89 per cent of students had found work and, of this group, 64 per cent were in professional jobs.

Sailaja Gudivada said that after completing a course aimed at equipping migrants to navigate the Australian job market, she was swamped with job offers.

A software engineer from India, Sailaja has been in Australia for nine years but had not properly resumed her career because of her two pregnancies.

“When it came time to get back into work, I struggled to find a job because I did not really understand the Australian job market,” Sailaja said.

“But after completing the Skilled Professional Migrant Program (SPMP) with AMES Australia, I felt more confident. The course was very helpful,” she said.

“I learned about writing cover letters and resumes in an Australian context and also about workplace culture in this country.

“Volunteering through the course gave me the local experience you need to get a job here and the mentor I was paired with has been very helpful and supportive.

“I am much more confident now and after the course I applied for four jobs and had two offers. I start my new job with a financial services company soon,” Sailaja said.

Of the 15 people who completed Sailaja’s SPMP course, 13 now have jobs in their professional fields.