In an increasingly polarised and conflict-wracked world, sport had a great power to united people, according to former Socceroo captain Craig Foster.

But, speaking at the recent 2019 Federation of Ethnic Communities’ Councils of Australia (FECCA) conference in Hobart, Mr Foster said he feared the cost to families – and especially those from newly arrived or disadvantaged backgrounds – of participating in sport and the increasing importance of winning was robbing children of a life-enriching experienced. 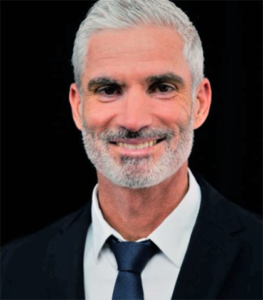 “If we look at the power and obligations of sport, and how these rights might be articulated through a field in which children are so naturally drawn to and which has such a substantial impact on their development and social integration, there are some questions,” Mr Foster said.

“The flowering of potential, the right to thrive, to recreation and play, to achieve and excel are well known. But the right which precedes them all, to joy, freedom of personal expression and growth is far less pronounced in Australian sport in the pursuit of medals, titles and glory,” he said.

“The pursuit of honours has dangerously trumped the provision of safe environments across all sport which are child-centred, enable a lifelong love of sport and that make winning subservient to protection, enjoyment and self-fulfilment,” Mr Foster said.

He said sports organisation needed to reconsider their underlying approach in this regard.

“If we agree that sport is an enabler of health, mental and physical wellbeing and a promoter of community, friendships, support networks and the advancement of human potential, what right does a child have to participate in their chosen sport? Do they have a right to be included, to be given a ‘sporting chance’?” he said

Mr Foster said that Article 6 of the UN Convention on the Rights of the Child said that “Children have the right to live a full life. Governments should ensure that children survive and develop healthily”.

“Does a full life include sport, which further is known to dramatically increase overall physical health and psychological wellbeing?” he asked.

He said Article 23 extended special protection to children with a disability who equally have a right to ‘a full and independent life.’

He said in Australian society, some of the most significant social groups are formed through sport.

“My question to our sporting bodies, and the Federal and State Governments and Territories, is what impact does the escalating cost to play have on these inherent rights of all children?” he said.

“Have we, in transferring the responsibility for the provision of sport programs largely to private providers, allowed the profit motive to trump the right to participate, such that the cost to play has become prohibitive for many in society?

“New arrivals, disadvantaged communities, impecunious families today not only will find high financial barriers in their way but, should they demonstrate talent and desire to achieve in sport, these costs are likely to drastically escalate.

“And how greatly are we restricting the ability of our indigenous children to participate and build a life of great potential, even as we celebrate those who demonstrate their extraordinary talents?

“From a personal perspective, I had the gift of growing up in Lismore, Northern NSW where I was able to play a multitude of sports and to excel at one at very little cost to my parents.

“Had we needed to pay thousands of dollars at every turn, I too would have been excluded from being able to achieve at an international level. Where would my rights to play have been then?” Mr Foster said

He said participation is sport brought families together, broke down barriers between communities, built understanding of others and facilitated lifelong friendships.

“When did sport become such an industry that to swim, play tennis, football or any other sport required a minimum financial threshold and became such a high hurdle for millions of families in Australia today?” Mr Foster said.

“The identification of talent and expression of potential is also a right. Each child deserves an environment in which they have an equal opportunity to excel, where selection processes are objective, non-discriminatory, freely available and transparent.

“Many potential sporting careers, an opportunity at a life of immense challenge in the pursuit of excellence, at breaking new human barriers and thresholds and to represent one’s country in international competition are compromised at the early stages through talent identification which is subjective, and we should lead the world in changing this.

“Australians love to win, but every child must be given the chance to do so while having the time of their lives, finding their own way, in their own time and being valued for who they are,” Mr Foster said.