The US’ El Salvador solution

The Trump administration’s solution to the migrant crisis on its southern border is to divert asylum seekers to El Salvador, pushing migrants into one of the most dangerous countries in the world.

The deal struck between the two governments creates a new layer of deterrence to the streams of migrants applying for protection on US soil. 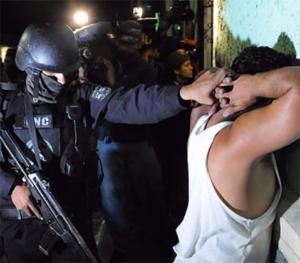 Commentators in the US say the deal shows the Trump administration is willint to send people to places that are known to be dangerous to persuade them not to attempt a journey to the U.S. border in the first place.

El Salvador is one of the places people have been fleeing because extreme poverty, violence and corruption.

A similar agreement with Mexico has sent around 40,000 Central Americans who were seeking asylum in the US back to dangerous Mexican border cities while they await their cases in US immigration courts.

McAleenan called the accord with El Salvador an “asylum cooperation agreement,” rather than the “safe third country” arrangement Trump officials have been pursuing.

That term has become pejorative in Central America, mainly because it is to portray the Northern Triangle region of El Salvador, Honduras and Guatemala as safe, given that it has among the highest homicide rates in the world.

And, it is not yet clear whether the US will provide El Salvador with assistance to implement the plan.

While El Salvador isn’t seeing as many asylum seekers as the United States and Mexico, the country may not have the capacity and resources to process an increase asylum seekers arrivals.

Perversely, the asylum accord would not send Salvadorans back to their country if they reach the US border seeking protection, though they could be routed to Guatemala if a similar deal between Guatemala and the US takes effect.

Gang violence pushed El Salvador’s homicide rate to one of the world’s highest this decade, but in recent years the violence has abated largely because of a military crackdown on gangs.

Irregular migration from El Salvador also has declined significantly in recent years, and US agents now arrest far more Hondurans and Guatemalans at the border, according to US Customs and Border Protection data.