Mindfulness and meditation are helping refugees with Post Traumatic Stress Disorder (PTSD) recover and heal after living through terror and distress at a time of the largest human displacement in history.

Today there are 79.5 people displaced across the globe, the highest level ever recorded. 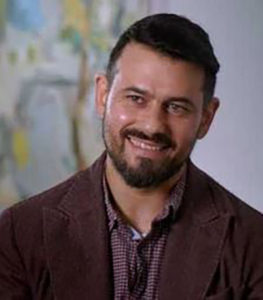 Many of these people have been forced to flee their homes to look for safe havens and resettle their lives. Along the way, they have been exposed to some of the most terrifying ordeals a person can endure, from torture to imprisonment, near starvation, sexual assault and separation from their families.

Yet, when this vulnerable population finally reaches their destination after surviving these terrors, they often receive little to no mental health support.

And reaching a safe haven can itself present new anxieties. Many refugees report daily terrors caused by the constant fear of deportation while seeking asylum, xenophobia in their new home, and isolation.

Dr Amit Bernstein, a clinical psychologist at the University of Haifa in Israel, and his team at the Observing Minds Lab set in the refugee community in Tel Aviv, work directly with African refugees.

Their research is to identify psychological mechanisms underlying suffering and resilience in the refugee population.

The team found that as many as 55 to 80 per cent of refugees suffer from severe and chronic trauma and stress-related mental health problems.

By talking with the refugees, Bernstein and his team began to conduct a number of epidemiological studies of refugee/asylum seeker communities in Israel to document this mental health crisis.

One of the studies included 116 Sudanese men seeking asylum in Israel. The men’s average age was 32, and they had been living in Israel for an average of 3.5 year.

After living through these horrific ordeals after the tragedy of leaving their homeland behind, these men exhibited extreme psychological stress.

Between 55 and 80 per cent of the men suffered from symptoms of PTSD, such as nightmares and intrusive memories, hyper-arousal, fear and dissociation and 40 per cent suffered from depression.

These figures are exorbitantly high compared to most western countries where just 3.5 per cent of the general population suffer from PTSD and 7 per cent from depression.

While food and shelter is prioritised by NGO’s who help during humanitarian crises, refugees are expected to resettle while struggling with PTSD and anxiety.

In their studies, the team at the Observing Minds Lab also found that refugees who are “able to mindfully attend to their experience in the present moment reported less psychological distress and better functioning” and that asylum seekers who can control their attention to emotionally distressing stimuli show less post-traumatic stress that asylum seekers struggling with regulated attention.

The study has led to a new mindfulness-based trauma recovery intervention trial for refugees and studied the effects.

It is based on psychoeducation techniques focused on the effects of stress and trauma and sees mindfulness and meditation used to reduce stress.

The program also takes into account socio-cultural differences. The researchers have been involving mediators and translators from the refugee communities as well as socio-culturally relevant metaphors and idioms for better communication.

As many as 52 per cent of participants recovered from PTSD. Of those who still suffered from PTSD, most had statistically significant reductions in PTSD symptoms.

The researchers found the asylum seekers in the control group that did not take part in the program showed the same levels of psychopathology after the trial period. Due to the lack of mental health support, only 9 per cent of those in the control group recovered from PTSD.

There’s a growing body of science documenting the curative effects of mindfulness and compassion training on stress and trauma-related side effects.

He says mindfulness and meditation are feasible treatment options. They’re scalable, low cost and can be implemented in many ways from group sessions to teleconference.

“The clinical science of refugee mental health is decades behind its urgent global need. Access to effective mental health interventions can change the fate of millions and save lives, and thus should be a basic right of every human being,” Dr Bernstein said.